Mom’s night out! Gigi Hadid has returned to the Met Gala — her first since giving birth to baby Khai. See her absolutely stunning look.

One of the Met Gala’s many queens, Gigi Hadid, has arrived! The stunning model had cameras snapping away as she appeared at the Metropolitan Museum of Art for fashion’s biggest night! Gigi looked gorgeous with her vibrant deep red hair pulled up into a high ponytail to show off the stunning neckline of her white and black Prada column gown. The stunning dress had a white ribbed corset with a black underlay, which she paired with elbow-high silk black gloves. 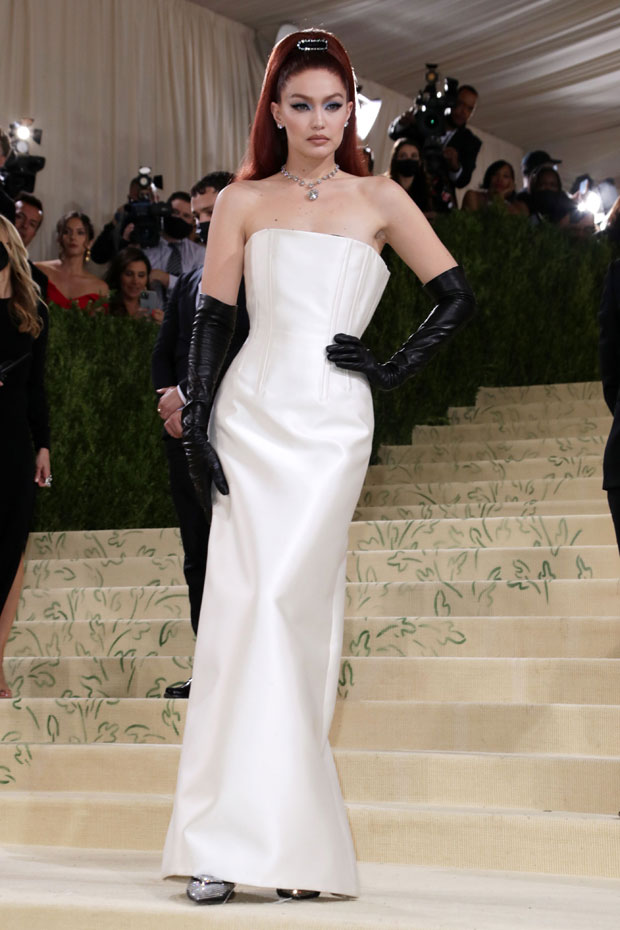 “I am wearing Prada and Prada always celebrates the most quality, simply made things. This dress celebrates tapping into keeping it simple, keeping it quality,” Gigi told red carpet host Keke Palmer. While she didn’t rock an American designer, she did highlight their work in the interview, saying, “My favorite simple American statement is denim, but a lot of American designers do what they do so beautifully down to the bone.”

As mentioned, this is Gigi’s first Met Gala appearance since giving birth to her daughter, Khai, in September 2020. Her attendance comes after she stunned on multiple runways during New York Fashion Week, from Brandon Maxwell to Michael Kors! The hot mama embraced her mom-status at Moschino, in particular, as she held a massive baby bottle while working the runway. She told Keke that she was excited to show her daughter “what it means to dress up and own it and have balance.” 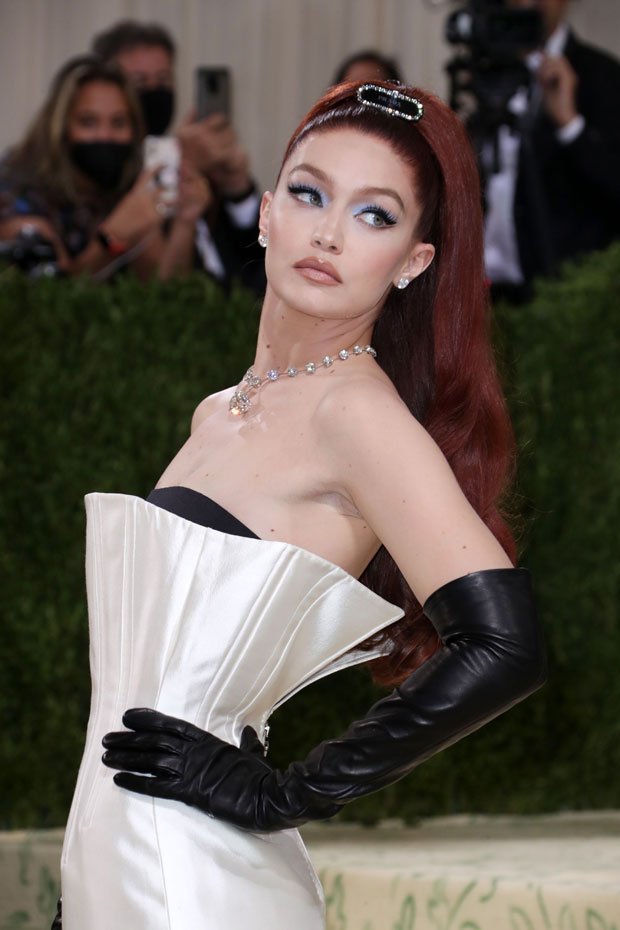 Recall, Gigi’s last Met Gala, she fully understood the CAMP theme and showed up as a total ice queen in custom Michael Kors. The model stepped out on the pink carpet in a white, silver and gold streaked catsuit, with a matching headpiece and coat adorned with feathers. Her lashes were over the top and silver and white, on the top and bottom lids. The year prior, Gigi showed up with her on-again, off-again boyfriend Zayn Malik, and the two turned heads in their ‘Manus x Machina: Fashion in an Age of Technology’ themed looks designed by Tommy Hilfiger. Zayn wore a full bionic arm while Gigi donned a chainmail bodysuit with a sheer skirt.

As you can see tonight, Gigi never disappoints with her Met Gala looks!

R. Kelly being found guilty on all counts in his federal sex crimes trial is something Lizzette Martinez never thought would happen, but after more…

Another day, another Britney Spears documentary. Despite the fact that Britney herself has criticized the continual release of documentaries surrounding her conservatorship, it doesn’t look…

EXCLUSIVE: The Amazon Video Direct series Gravesend is growing its cast by 6 in season 2. New additions include Fran Drescher (The Nanny, Hotel Transylvania),…