Princess Diana‘s former bodyguard Ken Wharfe has revealed that the late mother-of-two would have sympathised with her son Prince Harry and his wife Meghan Markle‘s decision to quit royal life.

Writing exclusively in this week’s issue of HELLO!, Ken – who has teamed up with author Ros Coward to write Diana: Remembering the Princess ahead of her 25th death anniversary this month – reflected on the Sussexes’ 2020 decision to step back as senior royals.

“I believe she would have the utmost sympathy for Harry and Meghan’s predicament,” Ken, who worked with Diana from 1988 to 1993, the five most turbulent years of her marriage to Prince Charles, wrote.

“As a newcomer to the royal family, she would understand the difficulties Meghan has faced as an American divorcée, a powerful, experienced woman in her own right, from a mixed heritage – but she would be instrumental in bringing that around to a state of acceptance and as an advantage to the monarchy.” 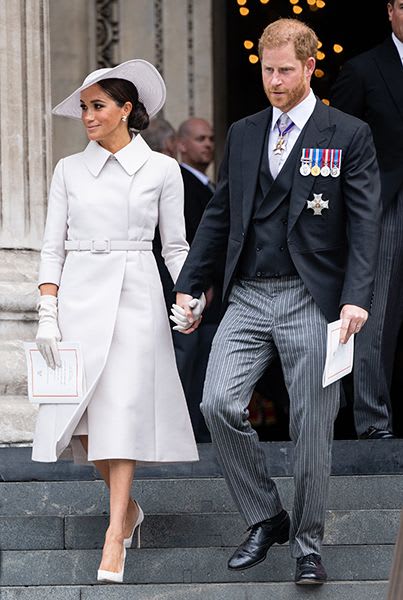 He added: “It’s sad that people keep writing Harry and Meghan off – but I feel he’ll be back in some shape or form one day, and Diana would have been great at helping with this. She’d listen to other people’s problems and give advice, and every week would receive hundreds of letters from people thanking her for changing their lives.”

In his exclusive piece, Ken also reflected on the rift between Harry and his older brother William, saying that Diana would have been the peacekeeper.

“When two siblings fight there’s usually a close relative to give advice and Diana would have taken on that role,” he said. “She would have understood the problems that have been raised and helped her boys solve them, while giving Harry the advice he seems to lack right now.”

To read the full article, pick up the latest issue of HELLO! on sale on Monday. Subscribe to HELLO! to get the magazine delivered free to your door every week or purchase the digital edition online via our Apple or Google apps.

HELLO!’s selection is editorial and independently chosen – we only feature items our editors love and approve of. HELLO! may collect a share of sales or other compensation from the links on this page. To find out more visit our FAQ page.