Kylie Jenner and Anastasia “Stassie” Karanikolaou are BFF goals — just take a look at their matching “Stormi” tattoos, constant twinning outfits, and the endless luxurious vacations they’ve taken together. Stassie is sharing a unique glimpse into her longtime friendship with the “Keeping Up” star.

In a new interview with Bustle, Stassie shares rare details about her youth and why she relies on her friends for support. Most people assume Stassie is just another rich kid from Beverly Hills, but the truth is she came from humble beings. “My mom struggles with addiction, so that was a big thing,” she expressed to the outlet. “We have a very distant relationship. I’ve seen her maybe a couple times in the past few years.” As for her dad, he worked 16-hour days, placing Stassie at the care of her aunt and grandma. “He did whatever he could to provide the best life that he could for me and my sister,” she said.

That explains why Kylie is her “rock” and the family she was “able to choose.” The friendship stems back to when the cosmetic mogul and social media influencer were just 13 years old and first met at a Barnes & Nobles. They later reconnected at a friend’s house and the rest is history. “We know too much about each other. We’re stuck with each other forever,” Stassie, 24, shared (via E! Online).

But ever wonder what it takes to hit the town with Kylie and Stassie? Well, Stassie is spilling it.

How long does it take Kylie and Stassi to get ready for a night out? 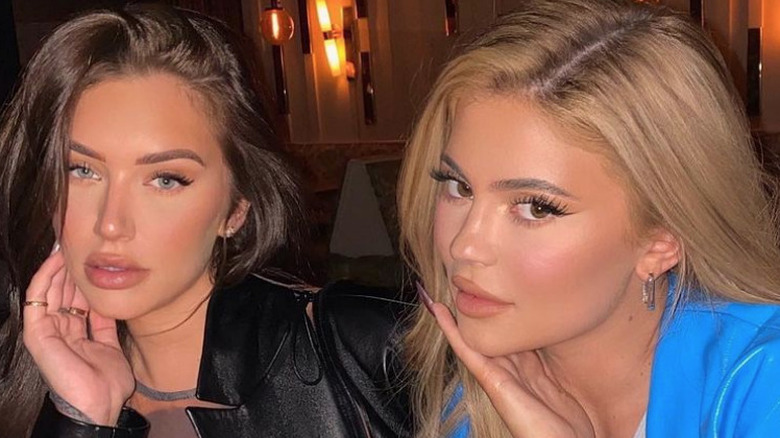 When it comes to glam and getting ready for those infamous Instagram posts, Stassie Karanikolaou and Kylie Jenner have a routine down pat. If they need to be out by 8 they start prepping at 3! Of course, they need to make sure they get the perfect picture before the night even begins.

“We get our TikToks [and] photos in before we leave the house because we don’t know if there’s going to be a cute photo spot at the restaurant,” Stassie explained to Bustle. “So we’ve got to get the photos before as backup.” Once the pictures are social-media ready, the girls “call our little Uber, and we go to dinner,” where “the shots really start flying,” Stassie dished.

Here are the list of rules for why Stassie’s friendship with Kylie has stood the test of time (sorry, Jordyn Woods!): “Obviously never post photos where someone looks bad. Never go to an ex’s party without making sure we don’t care first,” and last but not least “brutal honesty.” Stassie wants someone who can “tell me if my makeup looks bad. [Or] if someone does something that upsets you, [don’t] just brush it off. Speak up and be like, ‘Hey, just so you know this hurt me a little bit.’