The British Royal Family is not renowned for hugs. However, Prince William and Prince Charles wowed fans with a sweet personal picture of the two hugging, taken at Sandringham last year.

The Duchess of Cambridge took the photograph, which shows William pulling his father in for hug, him arm wrapped tight around his shoulders, while Charles laughs looking delighted.

It was a rare insight into a more relaxed relationship between the pair, who are often seen together at more formal events.

Fans cooed over the image, singing its praises.

What did a body language make of it? They gave their professional opinion exclusively to Express.co.uk. 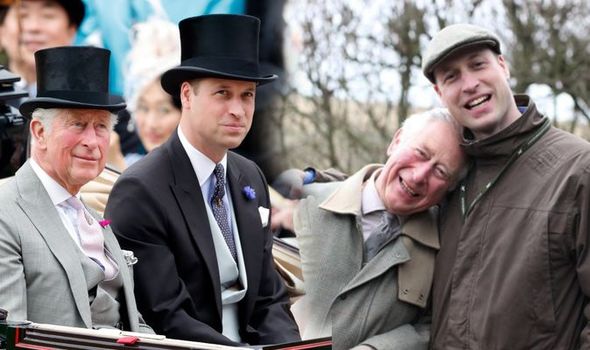 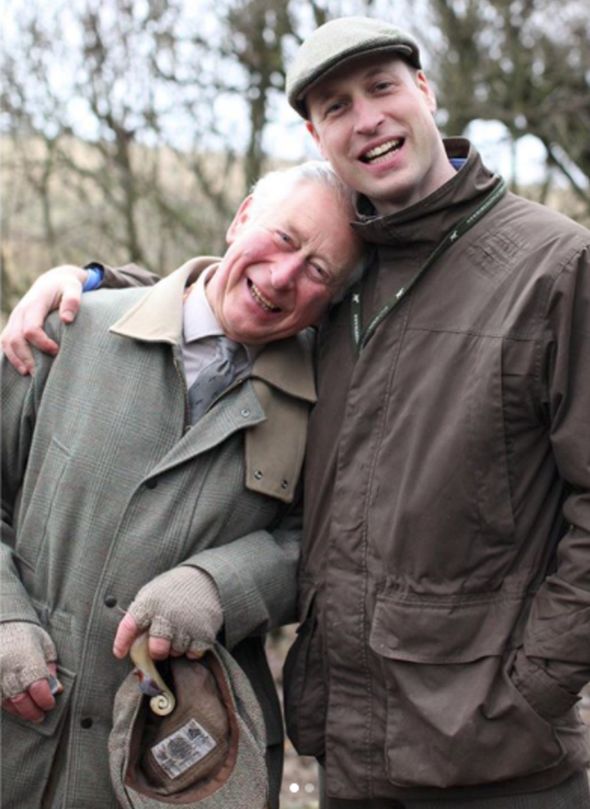 She noted the generational different between how Charles related to his son versus the way he relates to Prince Philip, the Duke of Edinburgh.

“Despite the fact that it would surely be almost unthinkable for him to cuddle and tease his own father Philip in this way even now, and despite his apparent dislike of PDAs, Charles not only grins to suggest he enjoys being under the protection of his son and even adopt the more childlike pose with him, he also tilts his head in towards him to endorse the PDA and its sentiments,” Judi said.

“With his youngest son living abroad, Charles does look happy to use some strong body language signals of bonding with the other here.

“He might not reciprocate the hug but that head tilt shows a big shift towards a much more tactile and relaxed approach in public to the role of ageing father and grandfather.”

Judi also claims that the post shows “physical superiority” from William, who is “‘treating his dad like an elderly parent.”

“William’s role in his family has been defined non-verbally as parental and protective since he was young, firstly with his mother and, after her death, with his younger brother Harry and later of course with George, Charlotte and Louis. 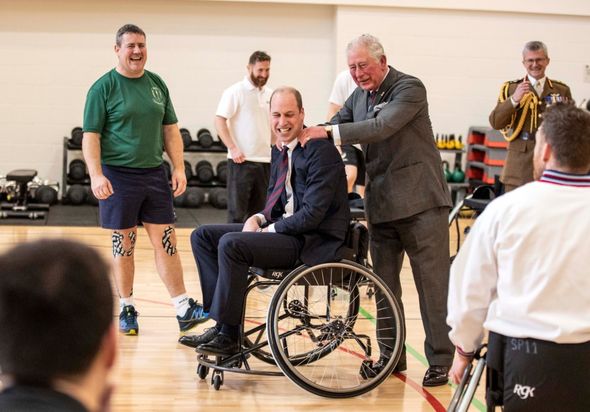 “But his role with his own father Charles has also looked paternal at times and never more so than in this photograph.”

Many more personal images like this have been posted to the royal Instagram accounts in the past two years.

This might be inspired by an effort to move with the times, investing in a bolder social media presence.

It is also worth nothing that many of these touching moments have been captured by Kate Middleton. 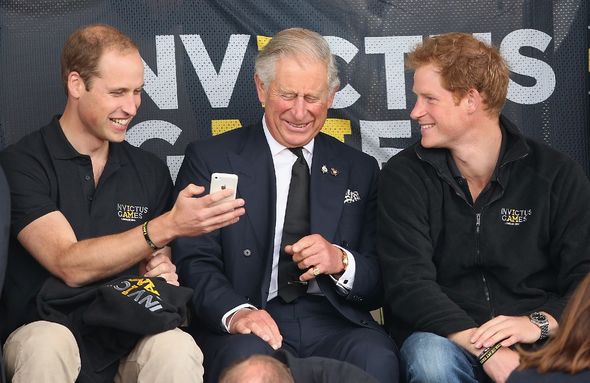 Another similar image that captured hearts is that of Prince Charles and Prince Louis hugging tightly.

A photo of Prince Charles with his grandson Prince Louis, two, captured the delight the grandfather feels spending time with his grandchildren.

Judi said of the image: “Of all the royals that would create a pose most epitomising the current yearning for grandparents to hug their own grandchildren during the lock-down, Prince Charles was probably the least likely and yet here he is looking positively lost in the moment as little Louis wraps his arms round his grandad’s neck,” Judi explained.

She went on: “Whether Charles is a tactile man in private or not his public body language displays have often been a reflection of his upbringing as a more old-fashioned, hands-off royal.”

The royal line of succession – who outranks who?

The line of succession to the British throne dictates the order in which each member of the Royal Family would ascend to the throne.

It is also seen as a ranking of importance with the head of the line, the Queen, taking the place of ruler.

Older children come before younger children. Traditionally boys came before girls, but this law was changed on 26 March 2015 before the birth of Prince William’s first child.

Incredibly, Catholics are still excluded from the line of succession, as are children born outside of wedlock.

The royals, who usually stick to a strict protocol when appearing in public, often arrive at events in ascending order of importance, with the most important royal arriving last.

Prince Charles, 71, is currently second-in-line to the British throne, followed by Prince William, 37, his oldest son.

Then comes Prince William’s children, George, six, Charlotte, four, and Louis, one, and they are followed by Prince Harry, 35. Prince Harry is succeeded by his son Archie Harrison, born in May 2019.

As he discusses his collaborations with the rocker, the ‘Congratulations’ hitmaker reveals he was terrified ahead of his first meeting with the Black Sabbath member.…