ALDI is officially selling the cheapest Christmas turkeys in 2021, making it the winner for the fourth year in a row.

Brits are stocking up for Christmas earlier than ever this year due to fears of shortages so we investigated which shops are offering the best bargains. 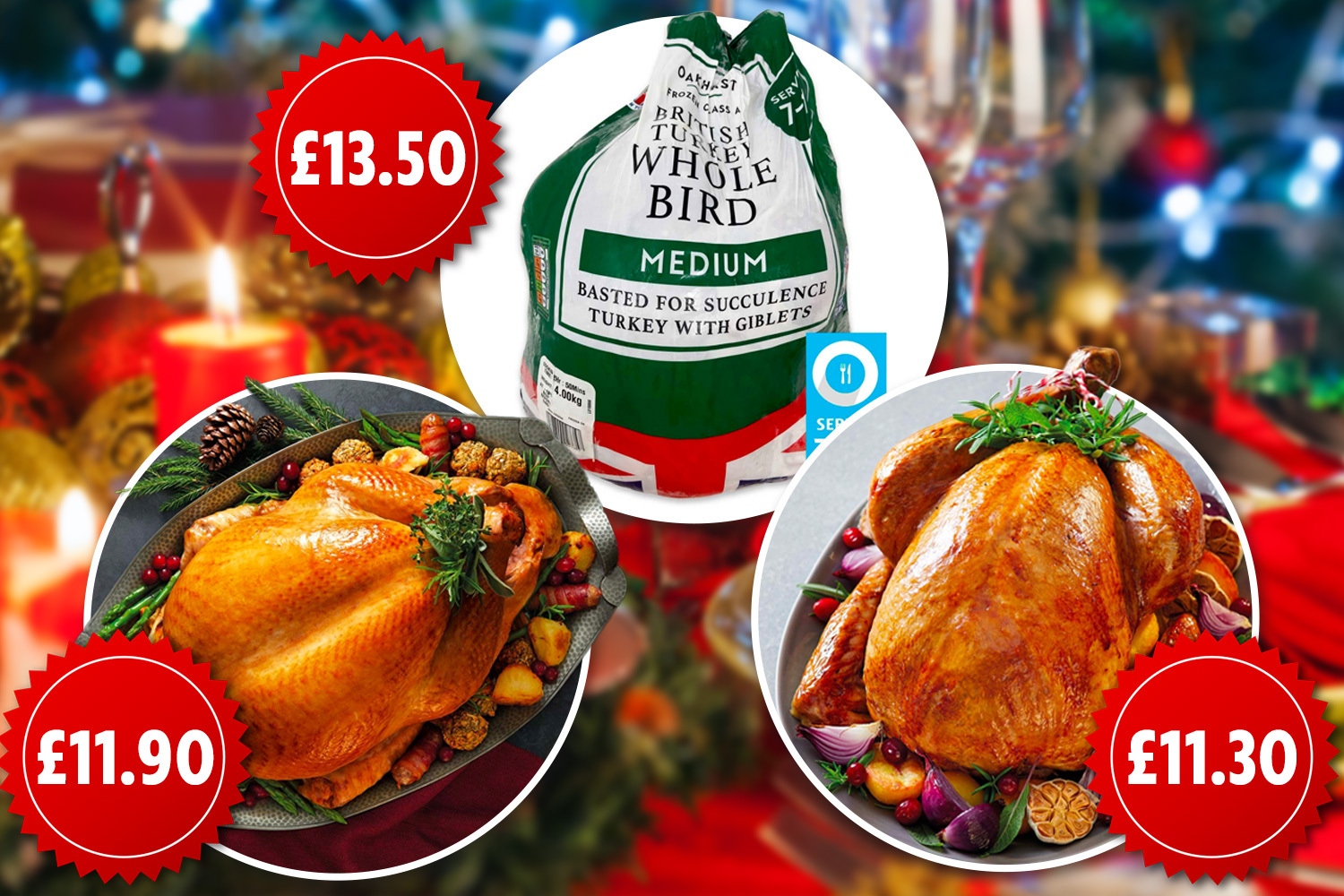 Supermarkets are already stocking both fresh and frozen turkeys to cater for the surge in demand – even though it's only November.

Families are also planning to have an extra special Christmas this year after the disappointment of 2020, which was ruined by last minute lockdown restrictions.

We've compared the prices of turkeys at your favourite supermarkets, so you can go all out this Christmas without breaking the bank.

They've been divided into three categories: frozen, fresh and premium.

We've chosen whole turkeys and have gone for a medium-sized bird where possible to make the comparison as fair as we can.

All of the supermarkets do offer smaller birds, or different cuts such as turkey crowns and joints, which may come in cheaper depending on your needs.

Where there is information missing we will update this article when the retailer responds. 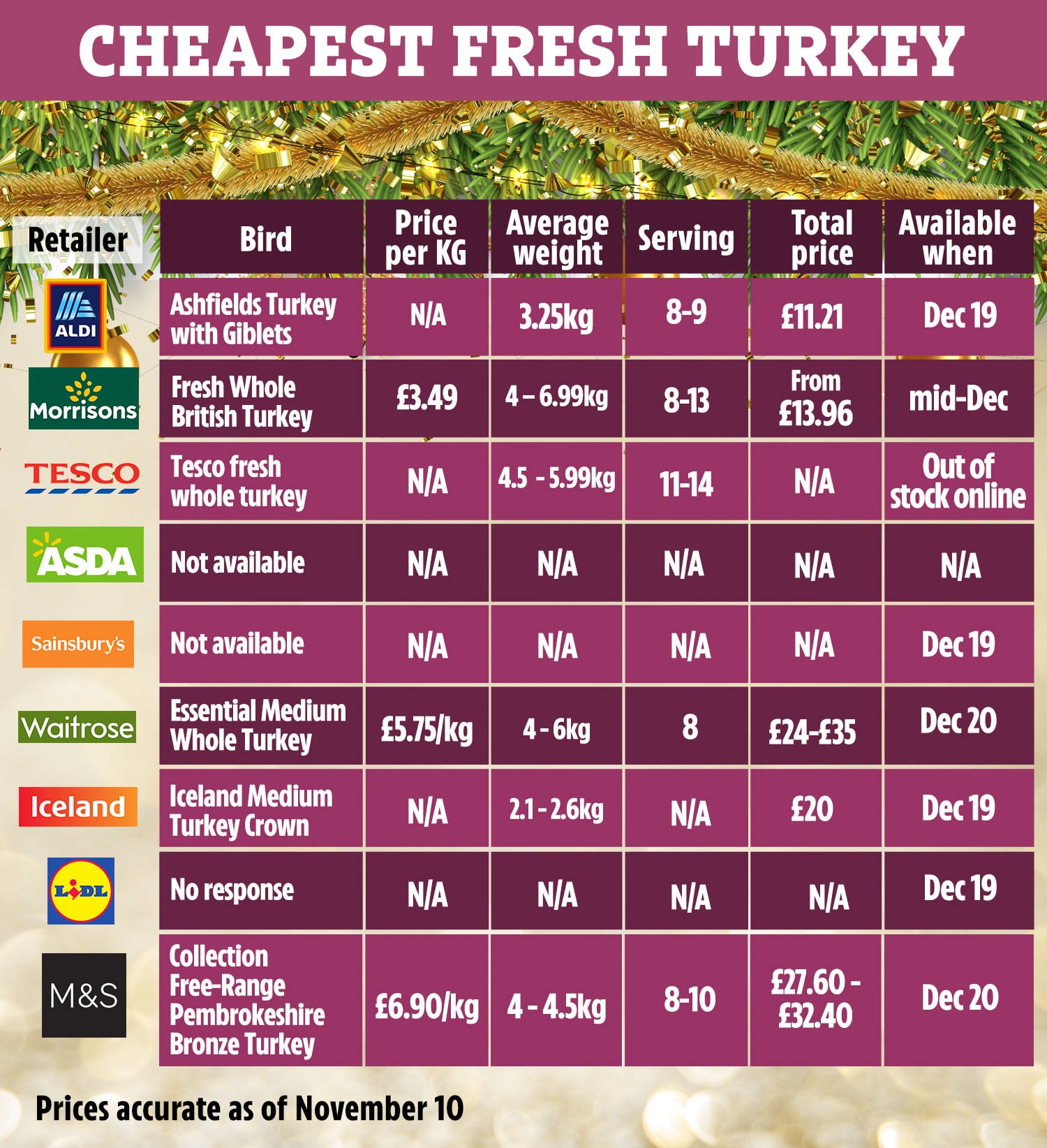 Aldi is selling cheapest fresh turkey when it comes to the whole bird,serving up to nine people for £11.90.

Morrisons had a £13.96 fresh whole turkey, serving between eight and nine people.

The information wasn't available for some stores, such as Sainsbury's and Asda, as they're yet to confirm prices and aren't stocking fresh turkeys yet.

We'll update this article with more details when they're announced.

Iceland is only selling fresh turkey crowns for £20, not whole birds, so we included that for comparison here.

Perhaps unsurprisingly, Waitrose and Marks & Spencer have the most expensive options this year, costing £35 and £32.40 respectively. 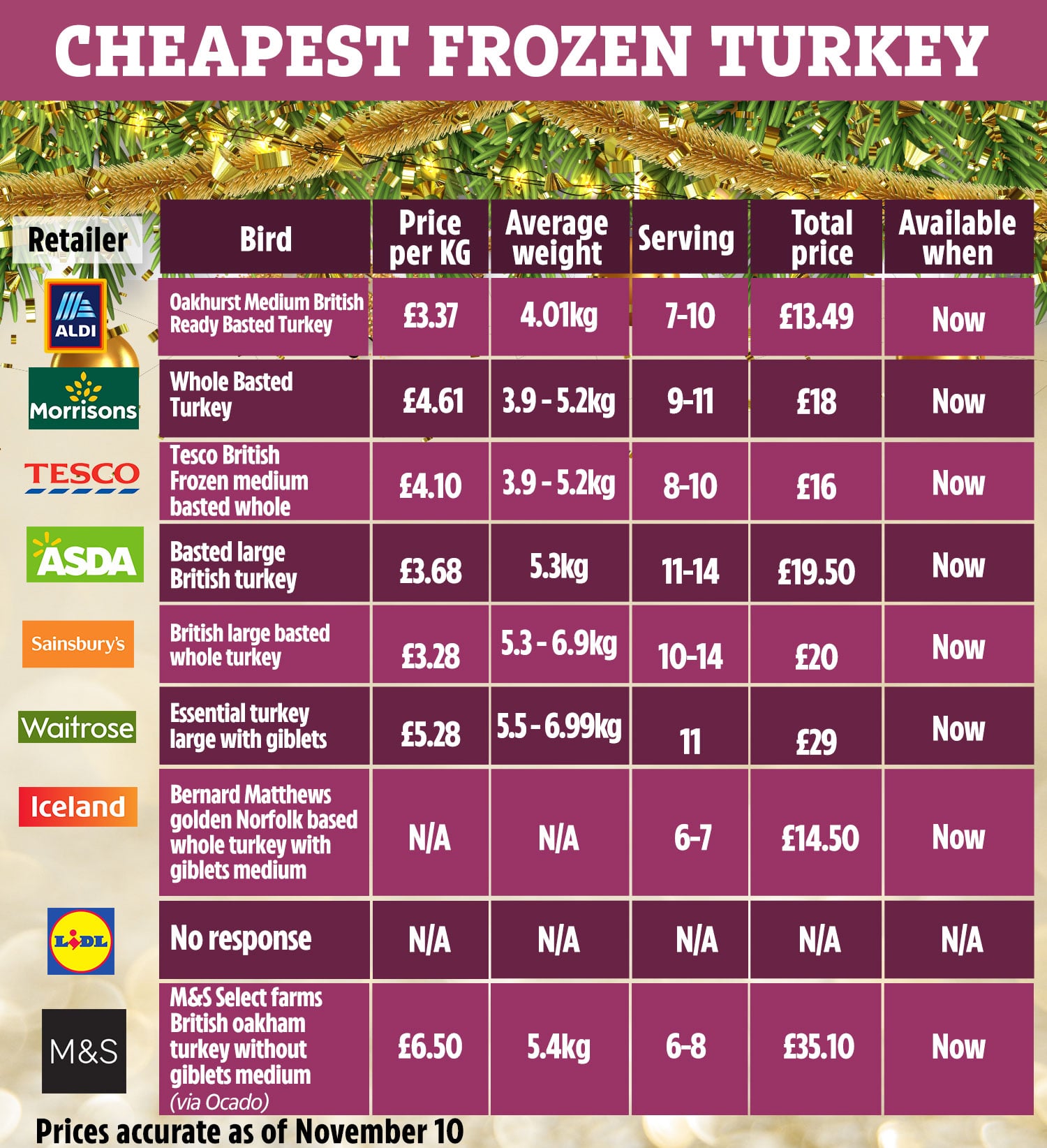 Aldi topped the charts for the cheapest frozen turkey for the fourth year in a row,followed by Iceland with its Bernard Matthews bird.

The most expensive frozen birds were from Marks & Spencer and Waitrose, where they were £35.10 and £29 respectively.

But per kilogram, Sainsbury's came in below Aldi with its large turkey, which is £3.28/kg compared to Aldi's £3.37.

If you buy a frozen turkey make sure you defrost and cook it safely to avoid a nasty bout of food poisoning.

Guidance on how long you can keep the poultry frozen for varies by bird so double check the label. 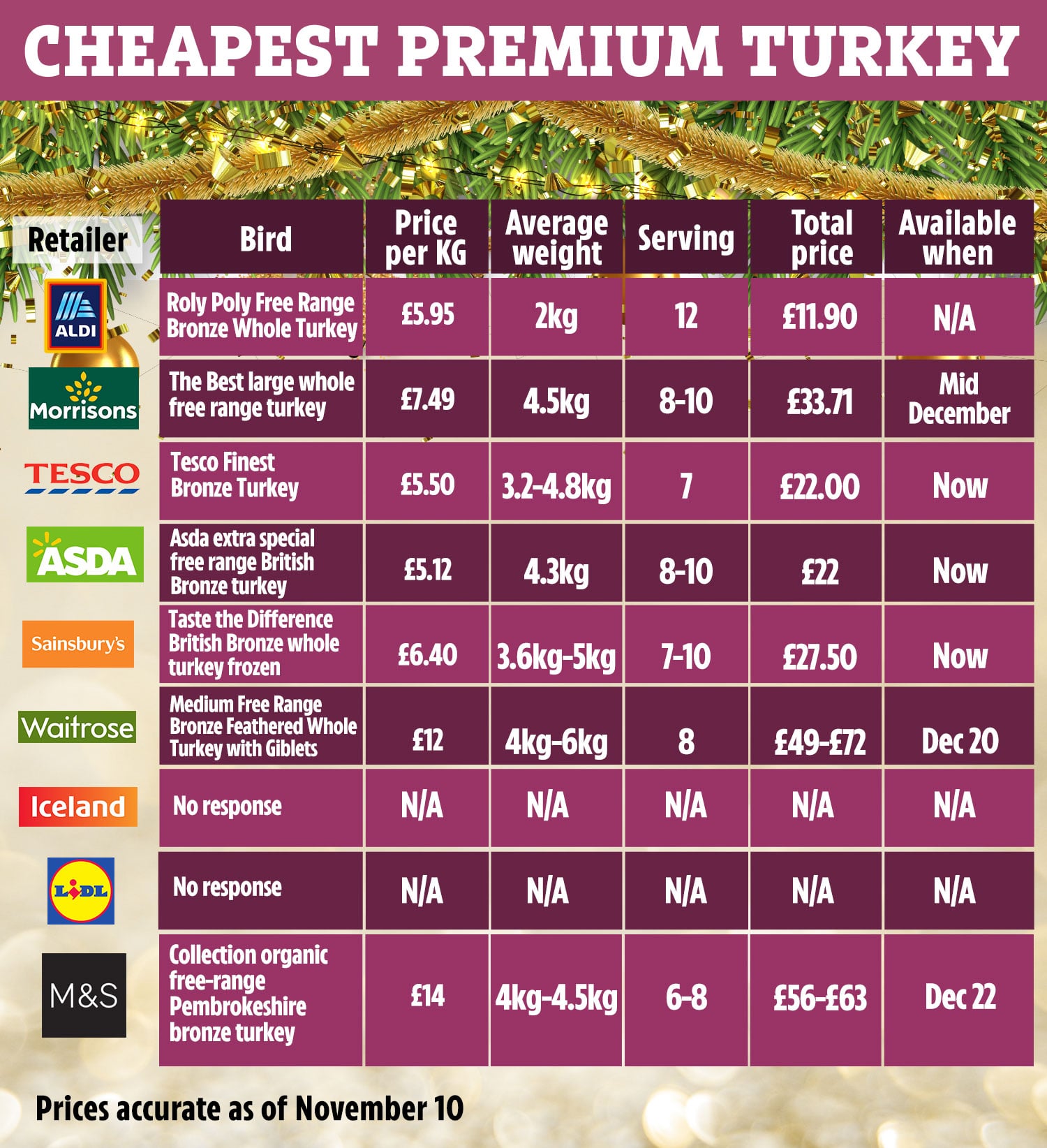 Sometimes only the best will do, and Christmas is a perfect time to treat yourself and the family.

In the premium category, Aldi's £11.90 option was the cheapest although it did weigh less than the competition.

Again, the most expensive by far were Waitrose and M&S's offerings.

We've rounded up the best supermarket Christmas party food out there, including mini chicken waffles and bacon wrapped halloumi, and festive snacks.

If you're looking for an alternative to the traditional Christmas pudding, check out our list of the best supermarket desserts.

Do you have a story for The Sun Money team?