ERLING HAALAND and Jadon Sancho were involved in a dramatic bust-up as Borussia Dortmund salvaged a 2-2 draw against Hoffenheim.

The incident happened after Haaland scored the late equaliser while an opposing player was injured on the turf. 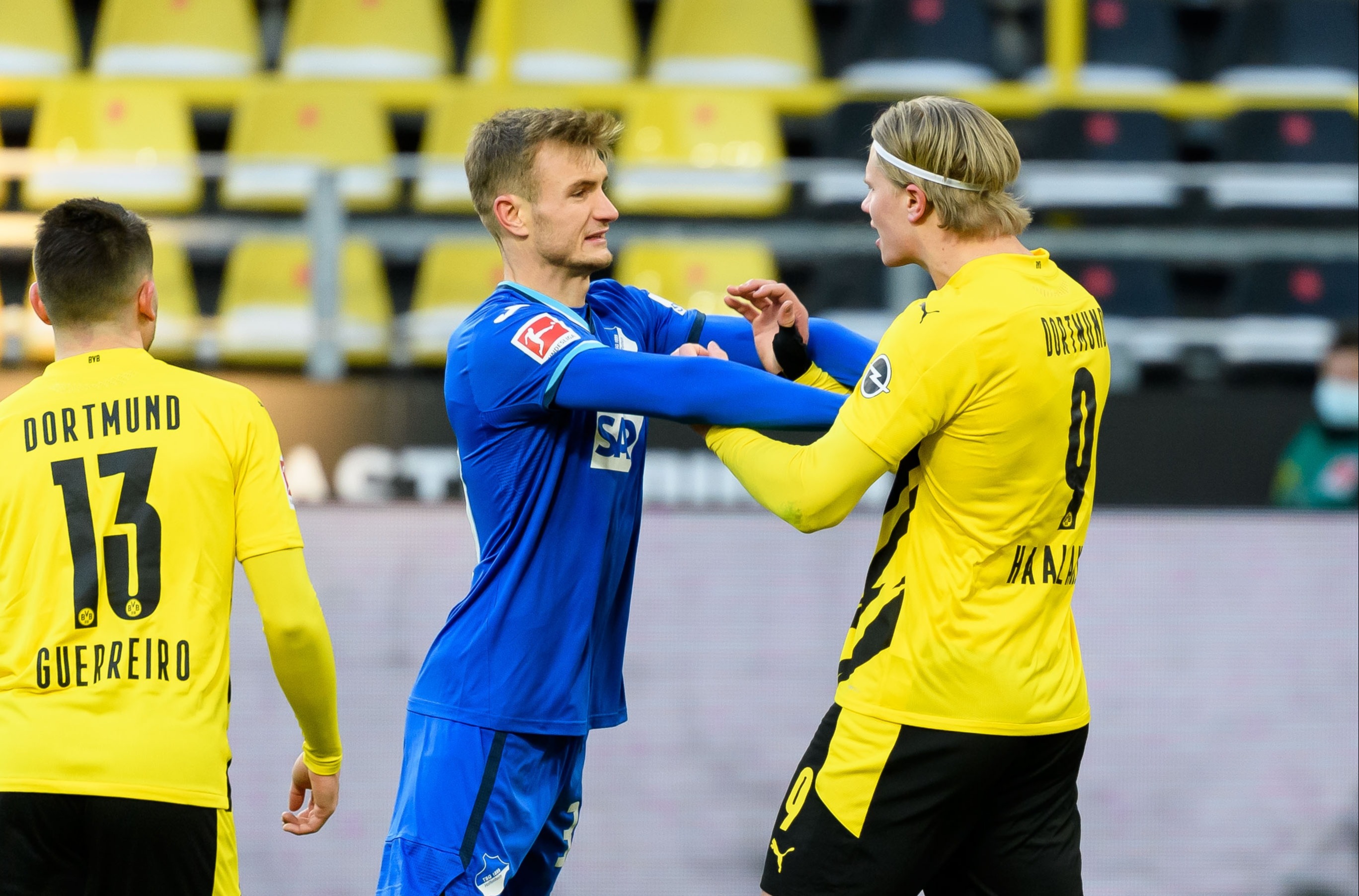 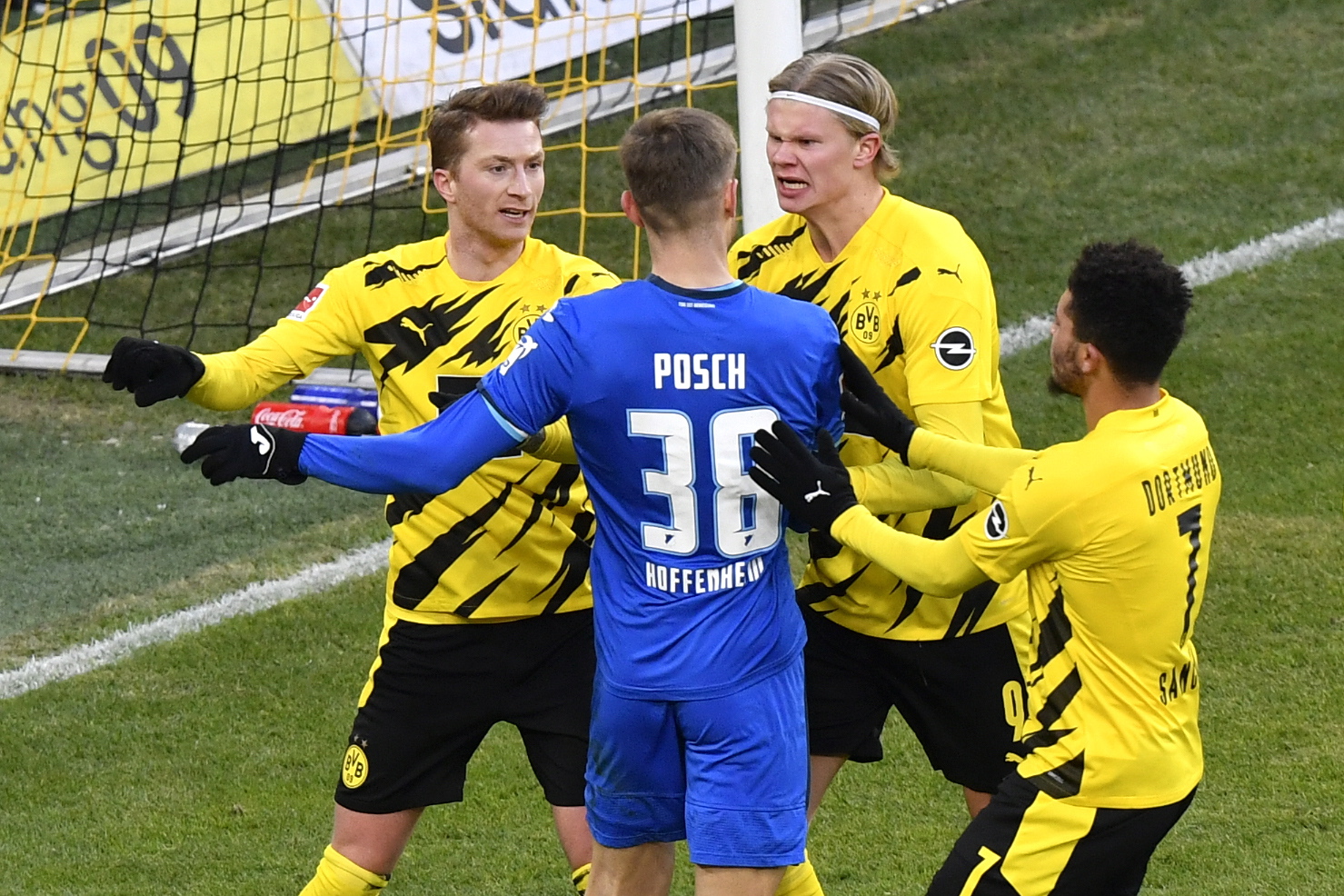 Sancho had handed the hosts the lead in the first half but they were pegged back through Mu'nas Dabbur just seven minutes later.

Ihlas Bebou then put the visitors ahead before Haaland's controversial goal in the 81st minute.

Tempers had been simmering throughout the contest but they came to a head when the Norwegian superstar hit the target.

As Hoffenheim looked to break, one of their players went down in pain following a challenge.

They then slowed the play down but didn't put the ball out of play when Sebastian Rudy carelessly gave the ball away to Haaland.

The striker needed no second invitation, breaking through the defence and firing past the keeper.

He was then immediately confronted by Stefan Posch who believed Haaland should have put the ball out of play so his team-mate could receive treatment.

The duo were shoving each other before players from both teams, including Sancho, got involved.

BET OF THE DAY: GET THE BEST FOOTBALL PRICES ON THE MARKET WITH OUR EXPERT ADVICE 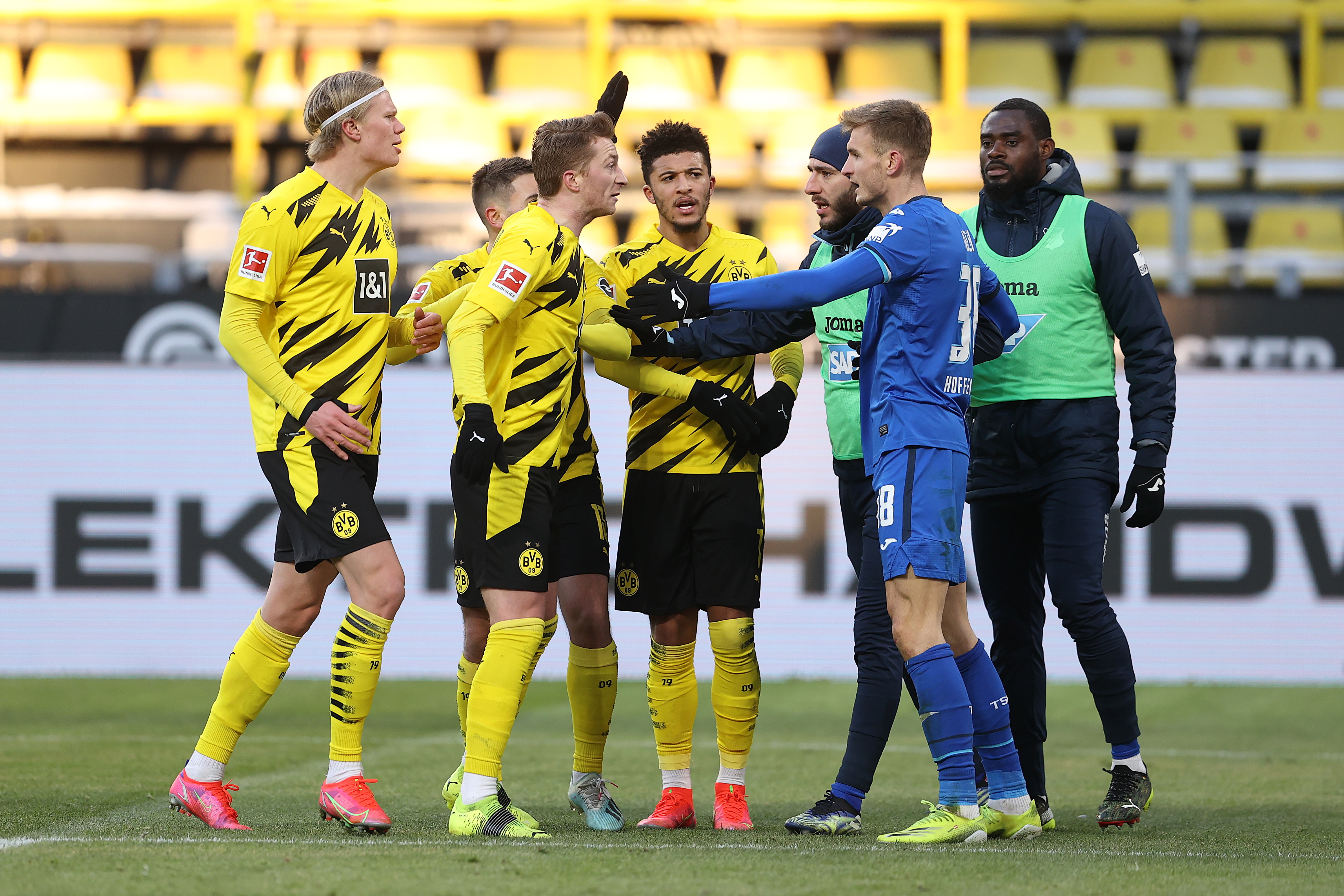 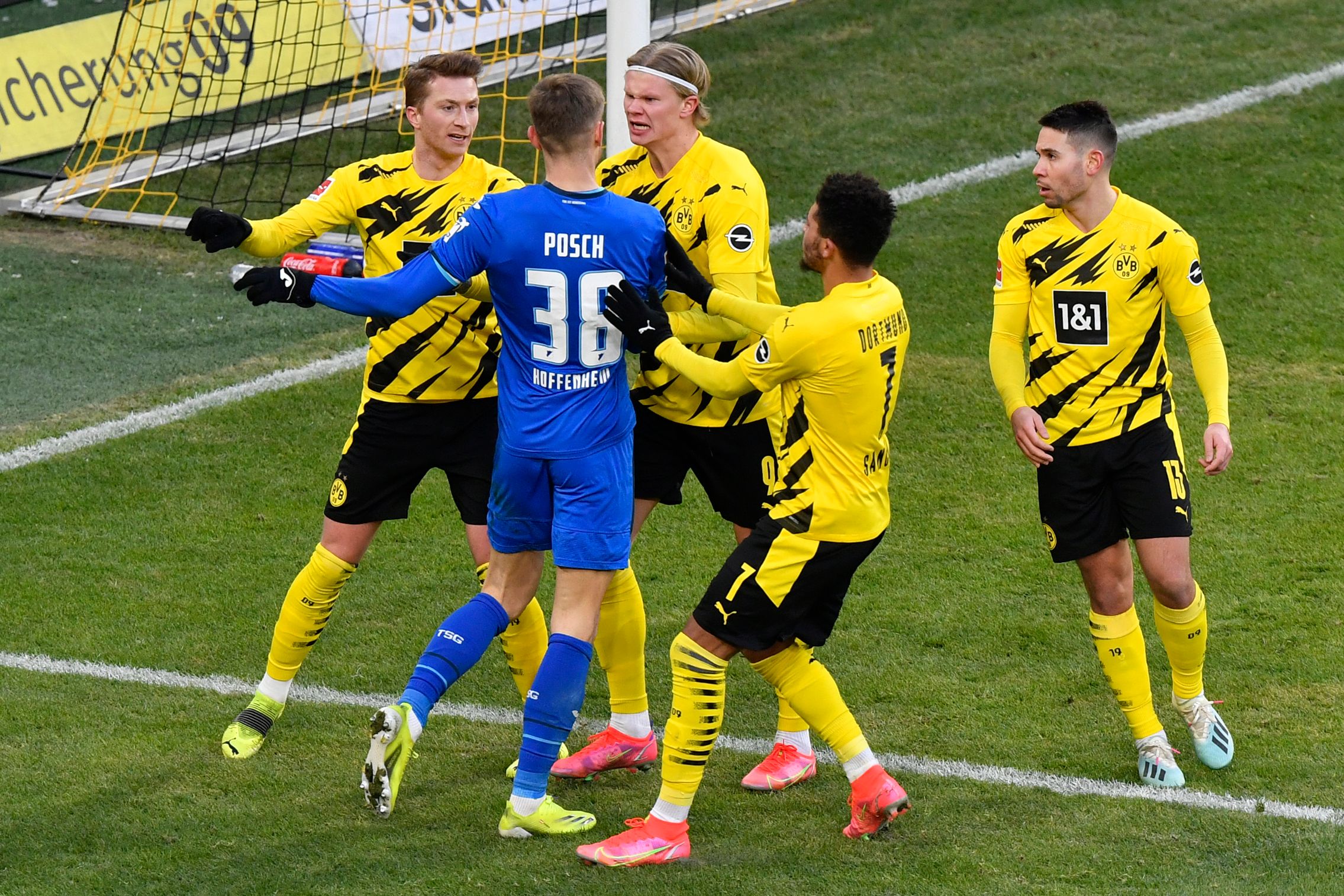 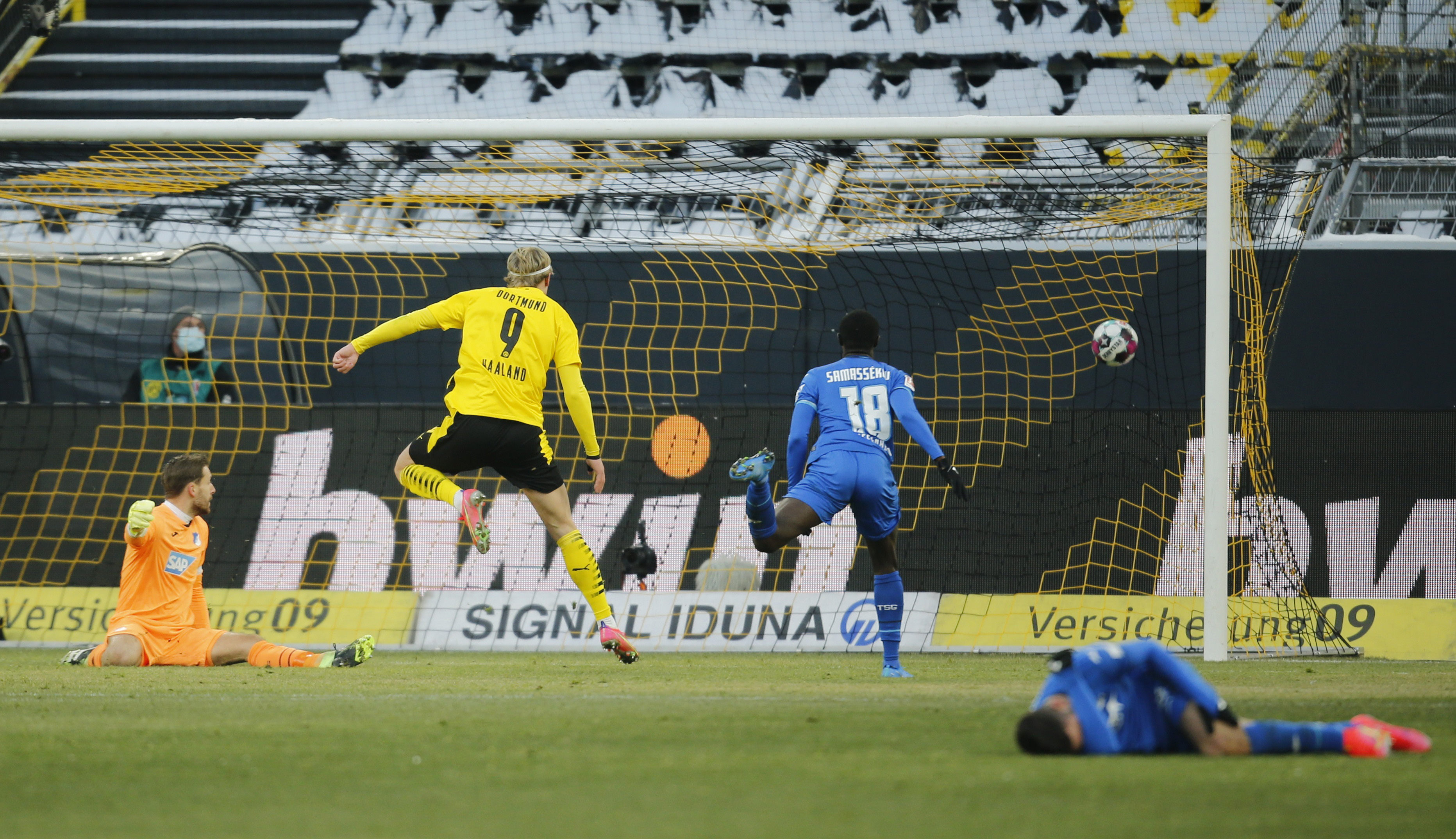 Haaland rightly argued that Hoffenheim had plenty of time to put the ball out of play but refused to do so.

It was a disappointing point for Dortmund who now appear resigned to missing out on the Bundesliga title race.

Just one win in their last six league matches means they are 15 points behind leaders Bayern Munich.