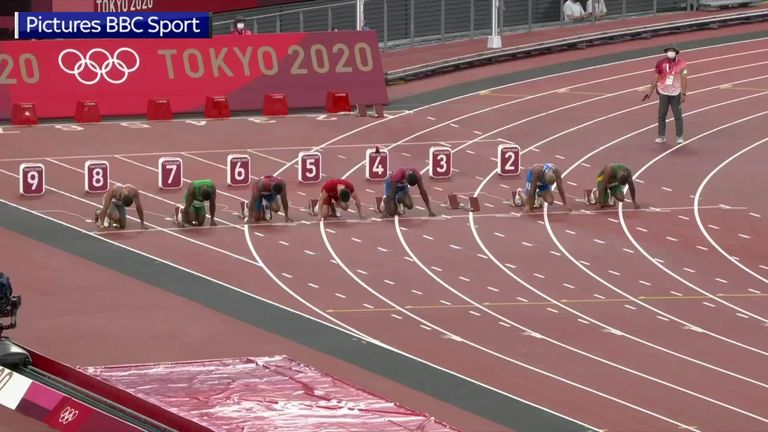 Italy’s Lamont Marcell Jacobs claimed a stunning win in the men’s 100m final at the Tokyo Olympics Games, as Great Britain’s Zharnel Hughes was disqualified for a false start.

Jacobs secured victory in a time of 9.80 seconds, edging out Fred Kerley of the United States by 0.04sec. Canada’s Andre De Grasse collected a second successive bronze in the event, having also finished third at Rio 2016.

Team GB’s Hughes, the first Briton in a men’s 100m final in 21 years, was disqualified for a massive false start and was forced to watch from the sidelines.

Yohan Blake missed out on the final and, with no Bolt, there were no Jamaicans in the last eight for the first time since Sydney 2000. 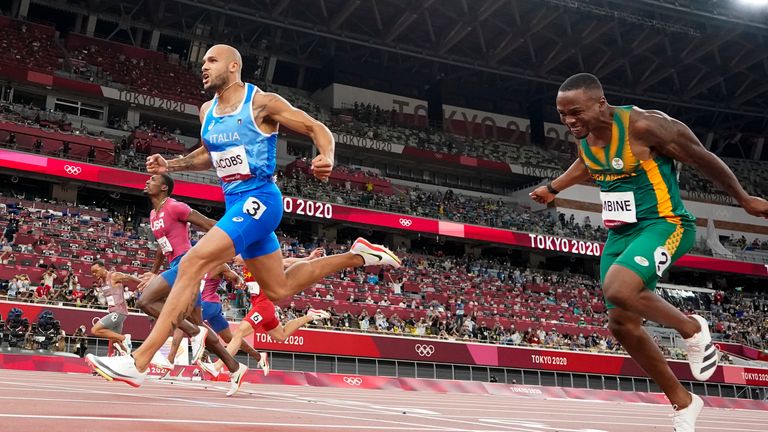 Jacobs had fired a warning with a European record of 9.84 in the semis to become the first Italian to make the final.

However, even in the most open-looking showdown for decades, the man who had never gone under 10 seconds until this year still seemed a long shot to be the first European winner since Briton Linford Christie in 1992.

After Hughes was disqualified for his false start, ratcheting up the tension, the powerful Jacobs got an explosive start and maintained his form for an incredible win.

“It’s been my dream since I was a child,” said Jacobs, who was born in the United States but moved to Europe with his Italian mother when he was a month old.

“I need a week or so to understand what has happened. Seeing Gimbo [Tamberi] win the high jump gold fired me up a lot.

“I’ve won an Olympic gold after Usain Bolt, it’s unbelievable. Tonight, staring at the ceiling perhaps I will realise.” While Jacobs was celebrating his victory, Team GB’s Hughes cut a dismayed figure and explained further about his false start, something that he also did in the British trials.

“I’m gutted right now. When we went up on set, my left calf muscle cramped up on me so with the cramp I moved,” he said.

“I’m gutted. I feel that if I was in that final, I would have definitely walked away with a medal, no doubt about it.

“The thing is it was out of my control unfortunately my calf cramped and I moved. I can’t describe it [further]. It hurts a lot. The second time again and I’m just gutted.”