It was Christopher Hitchens, the much-celebrated author and critic, who claimed, “everybody does have a book in them but, in most cases, that’s where it should stay.”

Hitchens would, somewhat ironically, publish more than 30 books before he died in 2011, a year after the launch of Instagram, which now has about 1 billion monthly users. 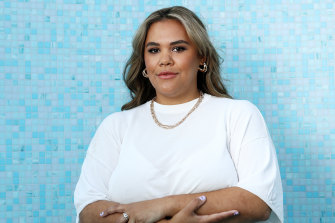 For Allira Potter, her book is “a way for me to reach a new audience who want to learn what I am all about.”Credit:Don Arnold/WireImage

It’s this platform, alongside TikTok, Facebook and YouTube, that is now undermining Hitchens’ commandment. Those who have mastered the art of influence, attracting social media followers and fame, do have a book inside them – and it seems publishers don’t want to let it stay there.

Along with skincare and smoothies, social media stars are increasingly spruiking their latest books. Publishers have always sought out celebrities and public figures for book deals, but influencers are a different beast because rather than mass appeal – as, for example, a Kylie Minogue memoir might have – their books target a niche audience. The authors are not often household names, but they have a devoted fan base.

Instagram cleaning sensation Mrs Hinch, who has four million followers, released Hinch Yourself Happy, “a holistic guide to achieving a happy home and a happy mind” in 2019. The book has sold more than two million copies, according to UK publisher Penguin Michael Joseph.

Influencer illustrator Florence Given, whose feminist handbook Women Don’t Owe You Pretty was released in 2020, topped bestseller lists and has sold more than 200,000 copies.

Both books were developed by Gleam Titles, a talent agency that turns influencers into authors. While there are no influencer-specific publishing houses in Australia (yet), traditional publishers are taking notice, and advantage, of the ready-made audiences of social media stars.

Small publisher Pantera Press has released FlexMami’s The Success Experiment, Penguin published Un-cook Yourself by YouTube personality Nats What I Reckon, while Allen and Unwin backed Leave Me Alone: A Memoir of Me, Myself and Trish by Instagram comedian Christian Hull. Simon & Schuster this week published Wild and Witchy, the first book by social media sensation Allira Potter, who has nearly 40,000 followers on Instagram.

“It’s an obvious move to sign up the big names in the influencer space,” Emma Nolan, non-fiction publisher at Simon & Schuster, says. “These content creators already have a built-in, highly engaged audience who will pre-order their book the minute a cover is revealed.”

Hull, whose book has sold more than 10,000 copies, far more than your average Australian debut, doesn’t have any pretension to literary ambition. 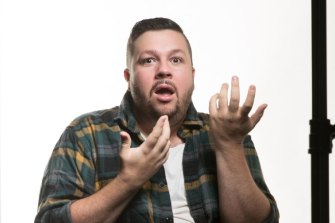 With an online following of over three million, Christian Hull was a safe bet for publishing house, Allen & Unwin.Credit:Simon Schluter

“I’m under no illusions why Allen & Unwin offered me a book deal, it’s because I’ve spent the last six years building up a following of over three million people,” Hull says. “I did love the opportunity, and I am grateful, but without the following no one would give a shit, I know that.”

Influencers also benefit from the institutional authority and mainstream respectability that comes from being a published author. It’s an expansion of their brand. 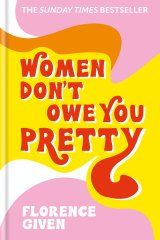 “It’s a way for me to reach a new audience who want to learn what I am all about,” Potter says. “In the last few days, my Instagram follower count has been ticking over non-stop.”

For Hull, writing a book offered a chance to connect on a new level with his followers.

“It was just that ability to share something deeply personal in a format that I can’t do on Facebook or TikTok or Instagram, so in that way, it was an opportunity for me to show my followers more of myself,” he says.

The benefit for publishers is, of course, financial. The book market in Australia is relatively small, and backing social media stars is often a sure bet to get a book in the green on the budget. They are books that can be turned around quickly, and with relatively little fuss. They can offset the cost to publishers of investing in riskier titles, such as literary fiction or poetry.

While it’s easy to bemoan the trend-driven nature of publishing, which is not a new phenomenon, influencers do help bring younger people into bookstores at a time when streamers and social media are stealing their attention.

Older, female readers make up the bulk of the book-buying market in Australia – and traditionally, publishing has appealed to their taste – so investing in such talent as FlexMami and Potter is also a positive sign of a legacy industry looking to invest in new and diverse voices.

Jemma Birrell, who was director of the Sydney Writers’ Festival and founded literary imprint Tablo Tales, said there was room in the market for different books for different audiences.

“Publishers will always want to publish commercial titles and influencers have a ready-made market, so it’s understandable, and then smaller presses play a major role discovering new voices and taking more risks publishing those writers,” she said.

“I’m sure authors feel the pressure to have an online presence as it can help sell books – though perhaps that was more in the past as I think publishers also realise only some writers can do social media well and others should leave it alone if it’s not right for them.”

The Booklist is a weekly newsletter for book lovers from books editor Jason Steger. Get it delivered every Friday.

Most Viewed in Culture