On paper, “Away” sounds exactly like the kind of show its producers have excelled at in the past. From showrunner Jessica Goldberg (“The Path”) to executive producer and writer Jason Katims (“Parenthood,” “Friday Night Lights”), the new Netflix drama takes a familiar genre (call it a space adventure) and tells its story from personal, character-driven perspectives to help make episodes distinct, moving, and universal. This duo employed a similar approach to their series about cults and football, but space seems to be a frontier too far. “Away” struggles in so many of the same areas where those series thrived — in the specifics, nuance, and character building — while simultaneously, and somewhat purposefully, not delivering an awe-inspiring thrill ride through the stars.

“Away” centers on the Green/Logan family. Emma Green (played by Hilary Swank) is a former Navy pilot who’s been chosen as commander for the first manned mission to Mars. Her husband, Matt Logan (Josh Charles), is a former astronaut turned NASA engineer who will be serving as mission control for the landmark excursion, while caring for their 15-year-old daughter, Alexis (Talitha Bateman), at home. His familial assignment becomes all the more complicated by a surprising accident during the pilot, but it’s best to keep that unspoiled (and, oddly, it doesn’t end up feeling that meaningful to the overall narrative).

The pilot, written by creator Andrew Hinderaker, jumps right into the mission, before bouncing back in time to show the last two weeks before Emma jettisoned out into the universe. Tears are shed, goodbyes are said, Emma and Matt definitely go to bed, and it all transpires between glimpses of her fateful mission. An early mishap during launch, one that may or may not be Emma’s fault, creates fissures between the crew and their commander, and it’s here where the show’s priorities become clear.

“Away” isn’t trying to accurately depict the technical difficulties in reaching Mars, nor does it turn every astronaut into an otherworldly hero. Each member of the team is grounded by their humanity, by their loved ones back home, and “Away” focuses on maintaining that delicate tether to home more than the objective of reaching the red planet. Success may ostensibly be measured by whether or not the team reaches Mars, but the show makes it clear that a broken family would be the real failure. 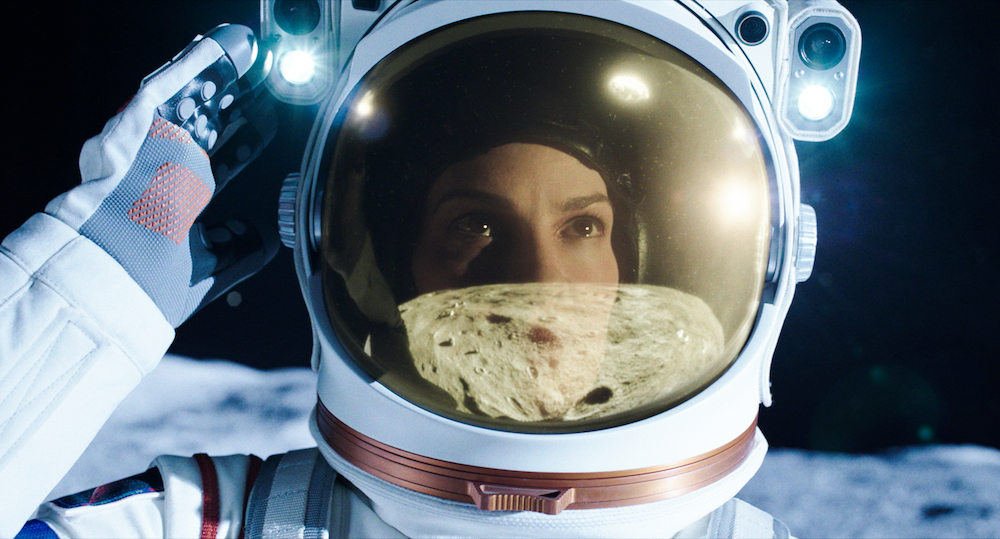 Hilary Swank in “Away”

That “Away” doesn’t want to follow in the moon-walking footsteps of “Apollo 13” and “Gravity” is fine; television is well-suited for a thoughtful, character-driven space exploration, and, over 10 hourlong episodes, there are only so many times a crisis can strike before audiences get worn out. Problems arise in the execution — on virtually every level.

Swank’s performance is as rigid and unflappable as you’d expect from a lifelong military character, but she can’t find a convincing way to segue between her disciplined approach to the job and the many, many emotional moments within the script. Too often, hardships come across as mechanical and too rarely is the Oscar winner afforded the chance to kick back and build chemistry. Charles is in a similar boat; Matt doesn’t have much in the way of a personality. He’s either angry and frustrated, or supportive and loving. He’s a loyal husband and dedicated engineer, just as often as he’s a flummoxed father and sidelined astronaut. Scripts don’t dig much deeper than his most obvious feelings, and Charles — a talented, even goofy performer — isn’t allowed to stretch that far outside of his everyman type.

Director Edward Zwick balances vivid, Vancouver-for-Texas scenes on Earth with stark, clean images from the moon, the ship, and the vast blackness of space. Zwick, who’s known for features like “Glory,” “The Last Samurai,” and “Blood Diamond,” has worked plenty in TV, too, including family dramas like “Thirtysomething” and “Nashville.” Again, his credentials seem to make him a perfect fit for this project, but the results feel too sanitized, too broad, and too familiar. “Away” looks good, and it’s certainly functional, but there’s little that makes it seem like a visionary’s staging of space. 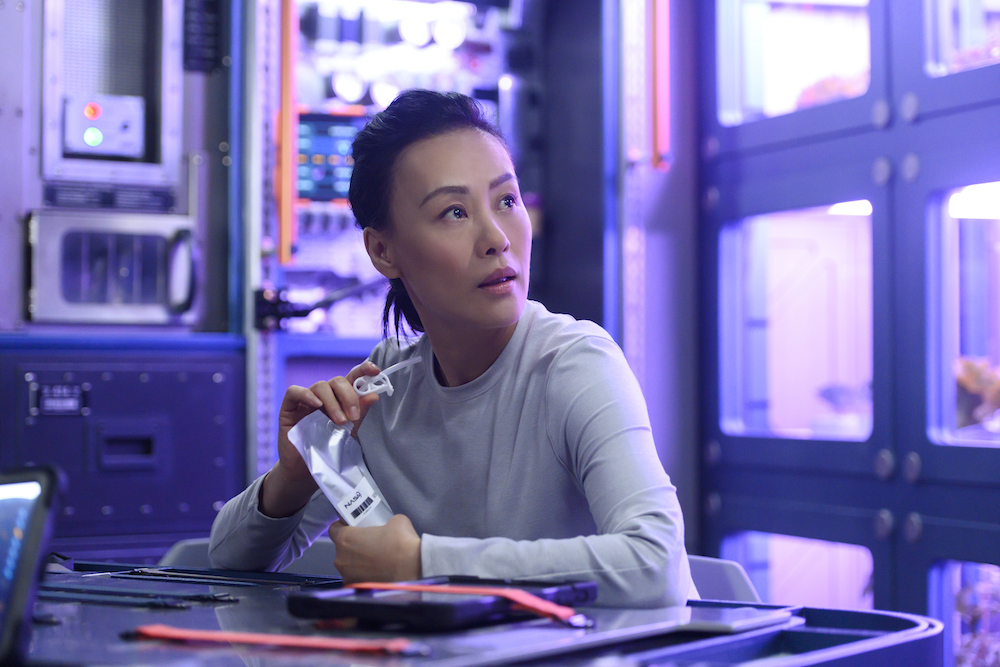 Vivian Wu in “Away”

That, too, could be by design. As the early episodes of “Away” play out, it’s clear this is made with a mass audience in mind. It’s not nerve-wracking enough to alienate the squeamish; it’s not taking any sort of political stance that could put off either side; it’s not even that interested in the significance or value of space exploration, let alone the big ideas and existential dread often invited by trips into the unknown. It’s a straightforward family drama where the only question is if this family can stay connected during their three years apart. (The other astronauts are given similarly simplistic family strife, though Vivian Wu’s chemist manages to earn a few tears in the third episode.)

“Away” is too long to recommend, but by prioritizing people, the series fitfully finds relevance in examining how distance can affect relationships; how being kept separate from your loved one by your responsibility to the greater good can be detrimental to your personal well-being as well as your pursuits. Matt says he hears Emma in his ear every day, pushing him to go further, but that’s different than her actually being there for him, and they both know it. Having a loved one removed from your life, suddenly and without an option to speak to them again, speaks to the greatest fear of many self-isolating individuals: What if my mother, my grandmother, my father get sick? What if I get a call that they’re in the hospital, but I can’t go see them? “Away” manages to answer those questions, even when it’s overemphasizing the sacrifice. Sometimes, you understand why Emma and Matt are doing what they’re doing. More often, you just want Emma to turn that ship around and go home.

That’s not exactly the intended balance, and “Away” isn’t illustrative of its top-flight cast and crew’s abilities. Perhaps it could find a better balance in Season 2, or perhaps this is the space show people want, even if it’s not what they deserve.