With all of their families in tow, including Leonard’s (played by Johnny Galecki) bickering parents and Penny’s (Kaley Cuoco) troublesome brother, Bernadette (Melissa Rauch) conducted the pair’s adorable ceremony. All of The Big Bang Theory regulars attended the big day, with Sheldon (Jim Parsons) making a heartfelt speech mid-ceremony and Amy (Mayim Bialik) playing the two in with her harp. However, it’s this music accompaniment which actor Bialik has revealed isn’t all as it seems.

Throughout the CBS series, Big Bang’s Amy Farrah Fowler became well-known among her cohorts for her harp-playing skills.

Whether it be performing a rendition of Everybody Hurts at her lowest ebb or rocking out in front of Sheldon with a performance of Dead or Alive, Amy’s harp-playing knew no bounds.

However, while Bialik learned how to play the harp for the character of Amy, she’s now admitted she didn’t do so at Penny and Leonard’s wedding.

Answering the web’s most searched questions, Bialik was asked: “Can Mayim Bialik really play the harp?” 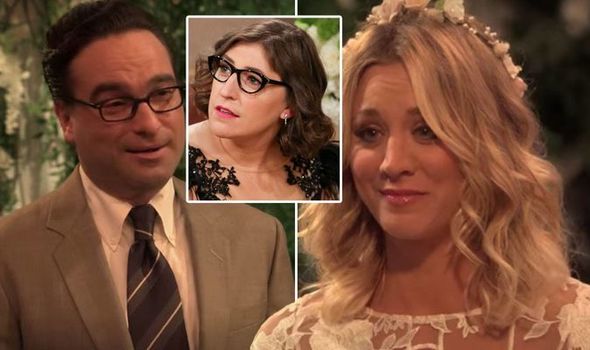 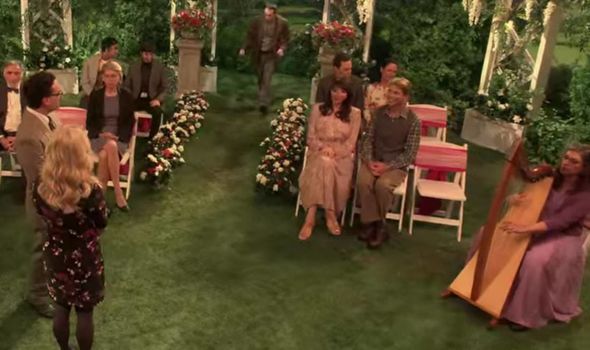 “I’m a piano player, a bass player and a trumpet player.

“I did learn to play the harp rudimentarally,” she added, before dropping the bombshell about her onscreen pals’ big day.

“For the episode where Leonard and Penny get married,” she told Wired. “That is not me playing the harp.” 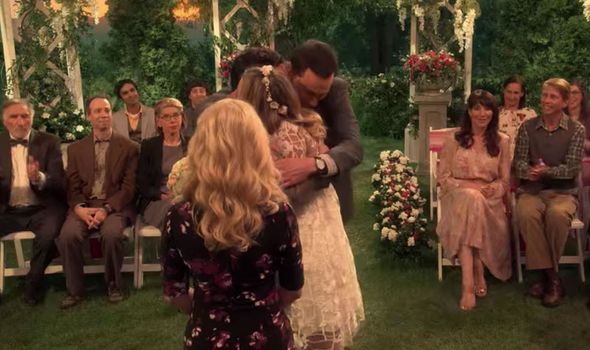 Bialik divulged further: “They wanted like an elaborate fancy thing,

The harp revelation wasn’t the only one to grab the eye of Big Bang fans during Bialik’s Q&A.

With the show going off air in 2019, fans have been keen to know if the cast are still friends – with Bialik asked specifically about Parsons and Cuoco.

“Well, we worked together for nine years, and I went to her wedding and celebrated things with her,” Bialik said about Cuoco.

“I’d say we’re friends,” she concluded before facing a similar question about Parsons.

Bialik said: “Yeah, Jim Parsons and I check in with each other in life (and) we’re working together on this new show we’re producing together.

“I’ve been to life events and know his family and yeah, we’re friends.”

The Big Bang Theory is available to stream on Netflix UK now.