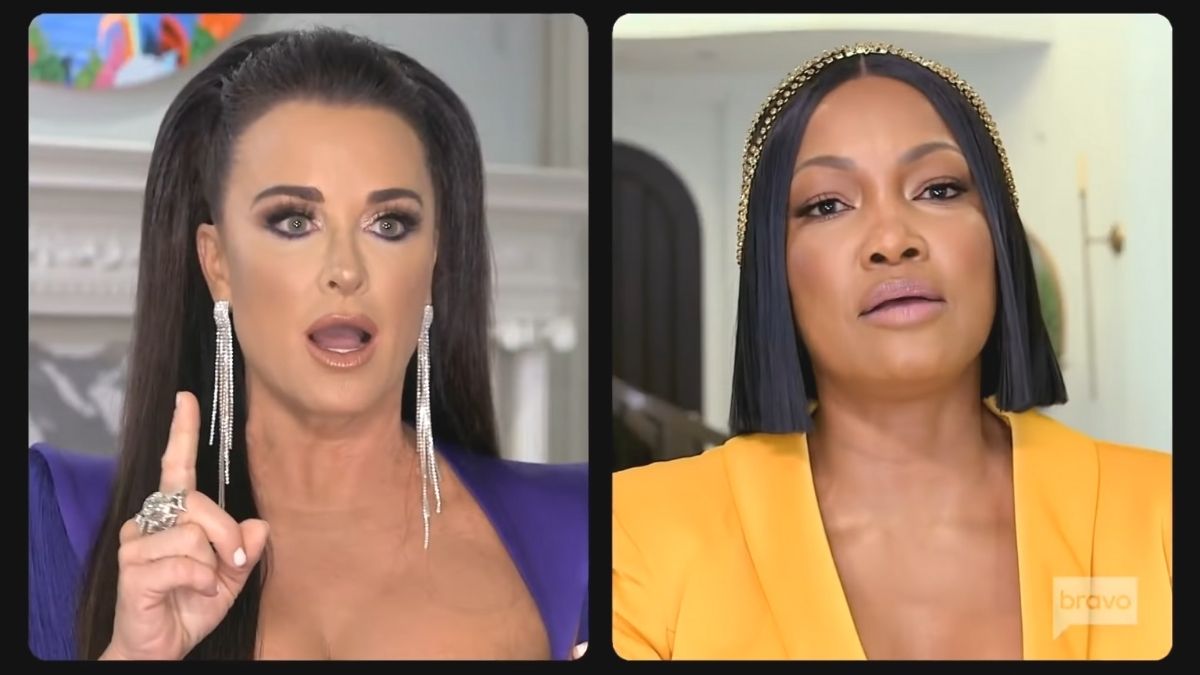 The recently aired Real Housewives of Beverly Hills reunion is stirring up all kinds of drama between the cast.

One feud that we saw brewing over the season is between OG Kyle Richards and newcomer Garcelle Beauvais.

The women seem to have gotten off on the wrong foot, with no clear indication of why they don’t get along.

The very outspoken Garcelle mentioned during a previous episode that she feels Kyle glosses over her during their conversations.

Nonetheless, Kyle remains persistent that she has been nothing but nice to the actress.

However, it seems Kyle’s niceness went out the door during Part 1 of the reunion, as she dropped a shocker during her face-off with Garcelle.

During the reunion, Andy Cohen tried to dig a little deeper into Kyle and Garcelle’s issues with each other.

Kyle had something that she needed to get off her chest. She revealed Garcelle placed a $5,000 bid at her charity event and did not pay.

The actress was visibly surprised by the claim, and she shared a video on social media explaining what happened.

“You guys know I’m a straight shooter, I say it like it is, I try to speak my truth always,” says the 53-year-old.

“I got called out at the reunion of Beverly Hills saying I bid for a charity event and did not pay for it. I hope you guys know better than that.”

Kyle gets backlash for calling out Garcelle

After Kyle Richards made the revelation at the reunion, she got a lot of backlash from RHOBH fans.

Many took to social media asking why she waited until the reunion to mention this to Garcelle.

The consensus is that Kyle could have called the mom-of-three and discussed this privately, but instead, she waited to bring it up at the reunion.

“Never doubted Garcelle one minute….mistakes happen,” one Twitter user wrote. “Unfortunately Kyle rather then privately bringing it to her attention used it for the purpose of trying to humiliate. This move was very telling of Kyles poor character. Garcelle radiates beauty and kindness!”

“@KyleRichards could have followed up, privately with a text w/link to pay,” noted another commenter. “Thanks for showing us exactly who you Are Kyle. No one will bid at your charity events ever again, b/c ppl forget and now see that you are petty& vindictive.”

The OG housewife has taken a bashing all season long, and this situation with Garcelle is only adding fuel to the fire.

Part 2 of The Real Housewives of Beverly Hills reunion airs Wednesday, September 9 at 9/8c on Bravo.