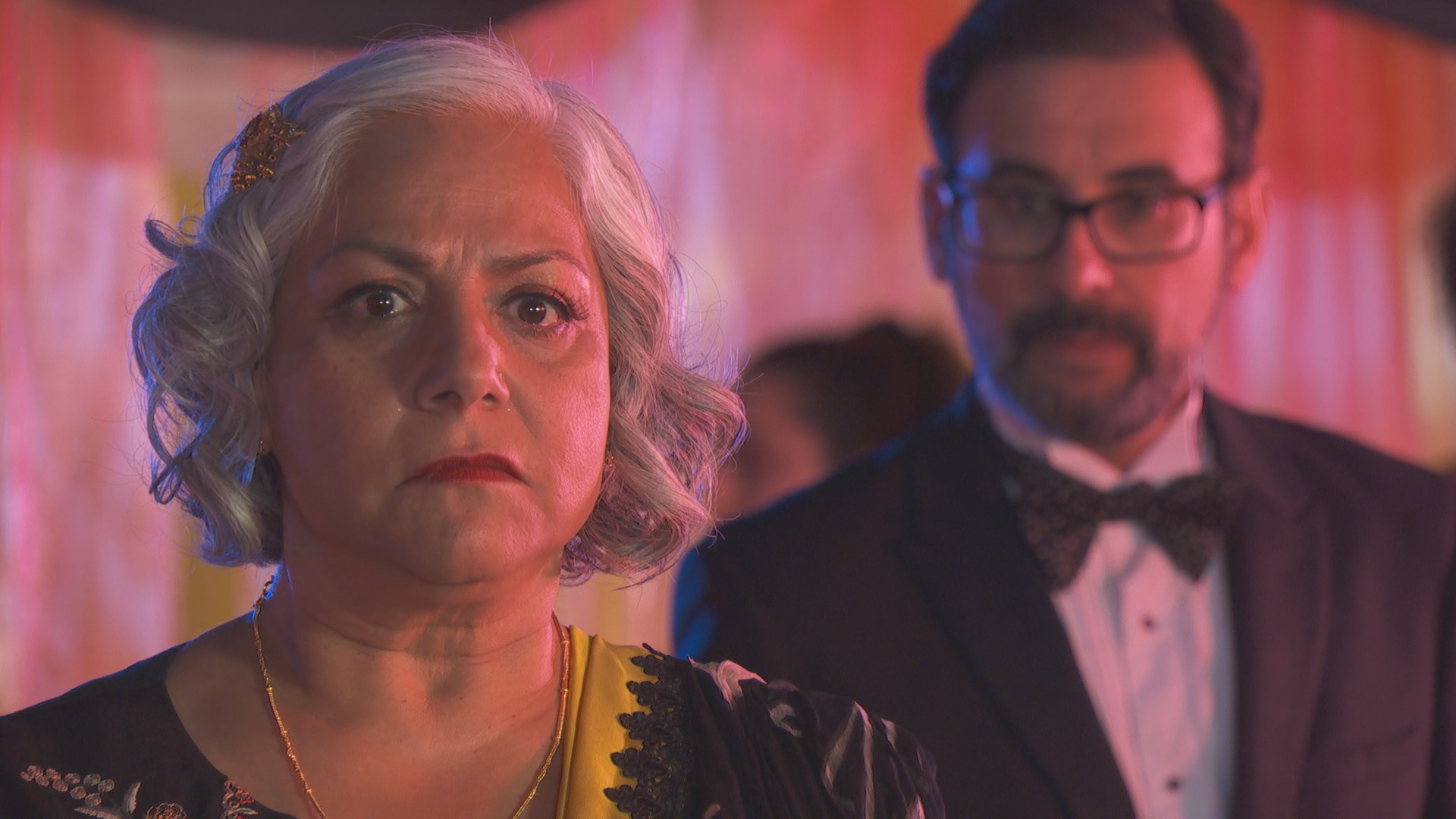 Misbah Maalik (Harvey Virdi) is tasked with delivering a speech about manipulative Ali Shahzad (Raji James) in Hollyoaks, and it’s through this that the truth about their past is revealed.

Ali’s arrival has brought back traumatic memories for Misbah, who has struggled to watch son Shaq Qureshi (Omar Malik) building a relationship with him.

Shaq, however, has berated Misbah, claiming she’s being too hard on Ali and in upcoming scenes, he suggests she should be the one to give the introductory speech at the hospital ball, which will see Ali commended for his latest research grant.

Will Misbah be able to stick to the script?

That we do not know, but the celebrated doctor struggles to keep her cool in the wake of Shaq’s suggestion, and tensions continue to brew, as scheming Ali yet again comes between the mother and son duo.

But Wednesday’s (November 4) E4 first-look edition of the Channel 4 soap will see Misbah slowly coming to terms with the devastating events of her past, as the truth is revealed via a series of powerful flashbacks.

Misbah snaps in the middle of her speech, leaving the ball in hysterics, as the crowd watch on in shock.

Yazz (Haiesha Mistry) confronts her mum, wanting to know what’s upset her, and it appears as if Misbah might be finally ready to open up about the horrid truth behind her past with Ali.

Afterwards, the Maaliks come to together to discuss their next steps in the wake of some shocking truths having been revealed.

Ali, meanwhile, meets with Cleo McQueen (Nadine Mulkerrin) and makes her an offer she cannot refuse.

Misbah, however, sees the scenes unfold, and thus makes a huge decision.

One to watch: Wednesday November 4 at 7pm on E4.

If you’ve got a soap or TV story, video or pictures get in touch by emailing us soaps@metro.co.uk – we’d love to hear from you.

Join the community by leaving a comment below and stay updated on all things soaps on our homepage.