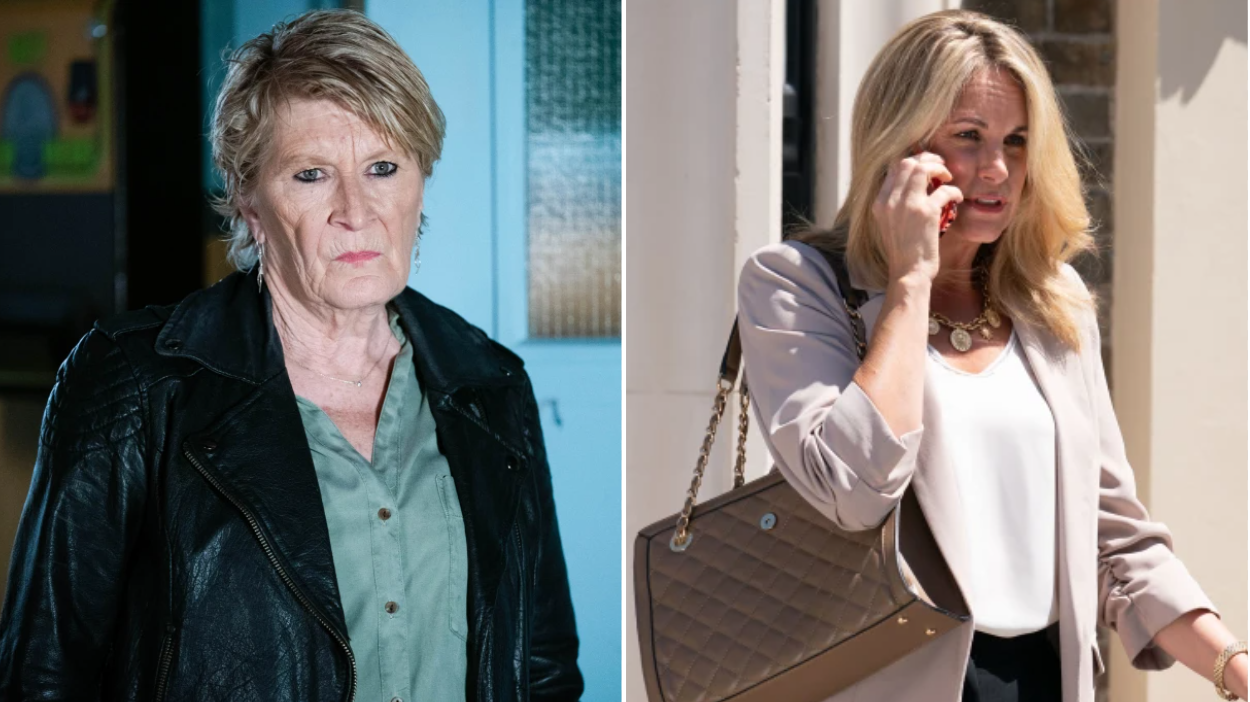 Shirley is in on the secret that Sam was behind the shooting that saw her take a bullet for Kat (Jessie Wallace), but she wants payment in exchange for her silence.

She threatens to reveal all to Phil (Steve McFadden) if Sam doesn’t pay up.

Since her return in April, Sam has been secretly plotting to bring down the Mitchell empire, teaming up with drug dealer Jonah in the process.

It’s not just Shirley who’s in on the plan, as Sam was forced to reveal all to nephew Ben (Max Bowden) when he witnessed a drug deal in Peggy’s.

In order to buy his silence, Sam made him co-manager of the bar. Since then, Ben has had his own struggle with drugs, but has managed to keep his mouth shut about Sam’s dodgy doings.

Will Sam be able to keep Shirley on side by paying her off, or is Phil set to discover the truth behind his sister’s betrayal?