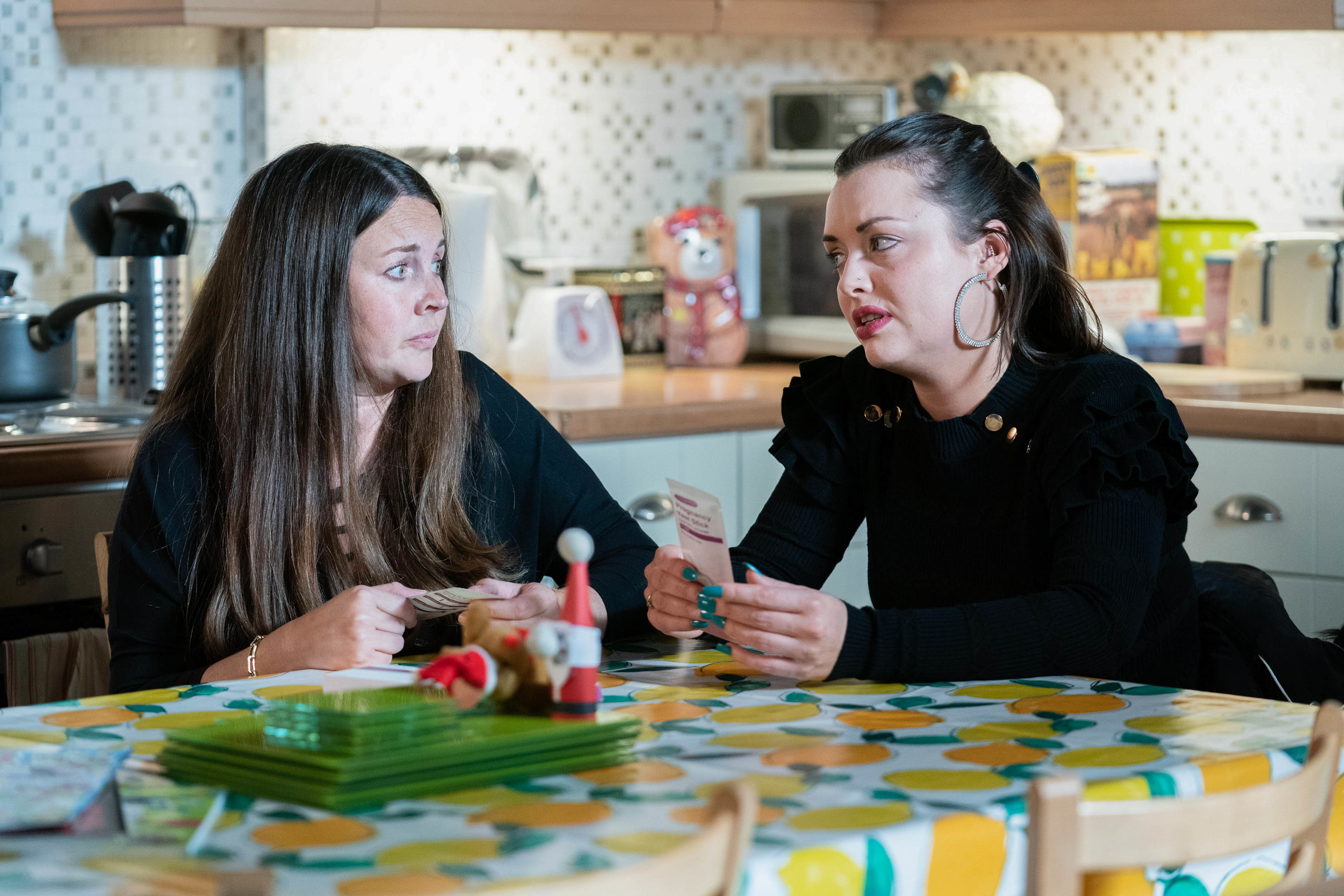 Whitney (Shona McGarty)’s 30th birthday is coming up in EastEnders and Felix (Matthew James Morrison) and Finlay (Ashley Byam) are planning a huge birthday party for her.

But while Whitney greeted the news of the party fairly enthusiastically – ‘You’re only 30 once!’ she had other things on her mind. She’d just discovered that she’s pregnant.

Feeling ill in the morning, Whitney had gone to the pharmacy to get a pregnancy test. Bumping into Stacey (Lacey Turner) who was also shopping for the same thing, they agreed to buy the last double pack test kit on the shelf and share it.

This gave the two women the chance to talk about how they were both feeling about the possibility they could be pregnant.

Whitney couldn’t believe she was pregnant again, ‘not after last time.’ In 2016 she had a miscarriage and lost the baby she was expecting with Lee Carter.

As Whitney left, Stacey asked her in code, ‘Are you going to have a happy birthday or what?’ Whitney smiled and said she was. Stacey said that she was ‘all good,’ leaving it unclear what that meant for her – is she pregnant with Kheerat’s baby or not?

Back home, Whitney was told about the party by her excited housemates and she mentioned that she was tired and didn’t fancy a drink. Chelsea (Zaraah Abrahams) immediately clocked that something was up and questioned her.

Whitney reminded her that she and Zack (James Farrar) had had ‘a thing’ a few weeks back. ‘I’m pregnant,’ she told a shocked Chelsea.

How will Zack react to the news? And what will Whitney decide to do about the pregnancy?