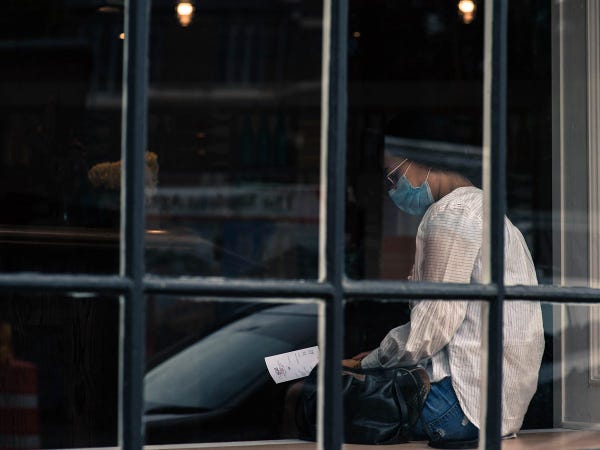 Daniel Ra stepped onto Cornell University's campus to start his fall semester, but it didn't feel like the traditional start to the year.

The graduate student compared it to finals week. "It feels like you're the last person to leave for winter break," Ra told Insider. "You're on campus and everyone is leaving or gone."

Ra, a staff photographer at the university's campus newspaper, wanted to capture the emotions and atmosphere surrounding the first day of the fall semester in Ithaca, New York.

Ra is a staff photographer at The Cornell Daily Sun, the university's student-run newspaper. 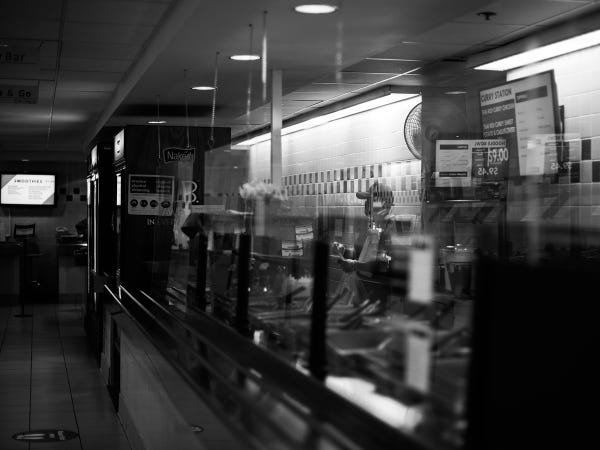 Cornell University leaders decided to welcome its 24,000 students to in-person, online, and hybrid classes this semester. Students, faculty, and staff are all expected to complete a daily health check if they plan to be on campus.

Students are required to wear face masks and social distance, which Ra said was largely followed as he explored different areas of campus and the surrounding college town.

The graduate student, who is finishing up research, started taking photographs for the student newspaper about a year and a half ago.

This assignment was different than his previous work. In the afternoon, he wandered across three different areas of Ithaca and Cornell University to capture what college is like amid a pandemic.

He headed to locations like The Terrace Restaurant, an eatery in Cornell's The Statler Hotel. The restaurant is notorious for its burritos and long lines. When Ra stepped inside, the only people were restaurant staff.

It was so empty, Ra said he wasn't even positive it was open — but it was.

Ra said his goal was to visually document the mood and atmosphere on campus. 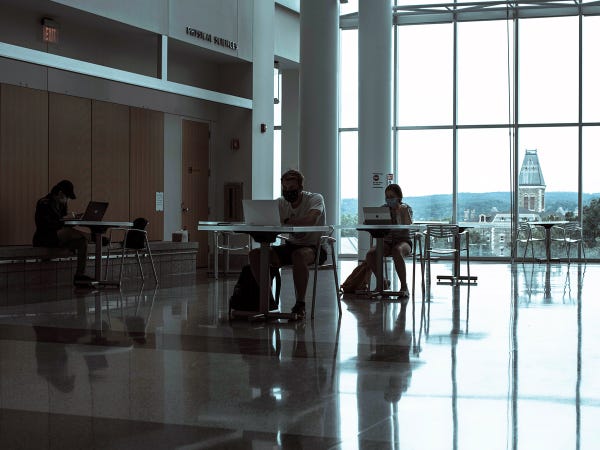 The photograph above is Ra's favorite from the afternoon.

He entered Cornell's Physical Sciences Building, which he said would typically be packed with students.

The area has great views of the college and beautiful lighting, so it's a popular study space, Ra explained.

But only a handful of students filled the building's lobby. Each student studying wore their mask and sat 6 feet apart from one another.

He also explored places like Straight from the Market, a once-bustling on-campus eatery. On the first day, it was completely deserted. 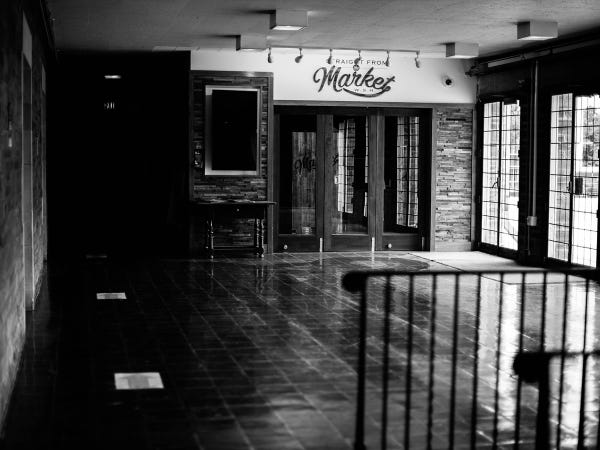 Ra said he searched for areas with dramatic lighting to help capture the mood.

The student photographer explained that Straight from the Market is a popular on-campus dining option, but on the first day of classes, it sat empty.

The building's tables and chairs have all been removed, and it's closed for the foreseeable future. 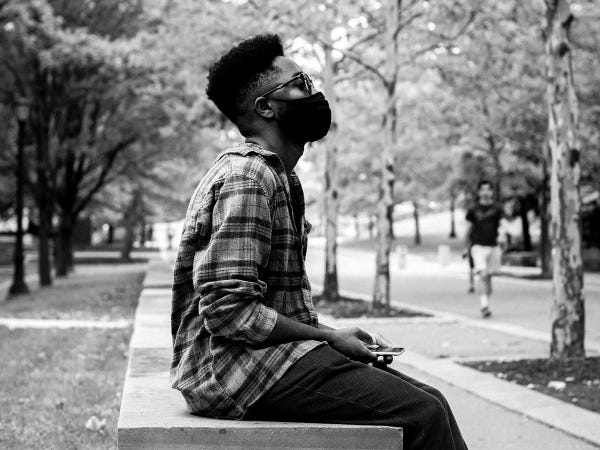 While some students are still taking in-person classes, Ra said it seems like most students go to class and head straight home afterward.

Restaurants and dining options are empty, as students opt to have their groceries and food delivered.

Ra snapped photographs of the few students he did spot, including the one pictured above, who was spotted after a morning of classes outside of Cornell Health, the on-campus student medical center.

"No one has experienced this before," Ra said, referring to his work as historical cataloging. 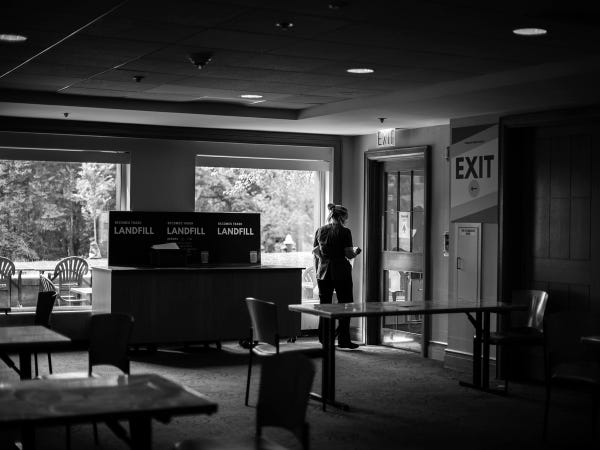 Ra said he feels a responsibility to document what it's like to live and go to college during this historic event.

He said plans to continue capturing emotions and events throughout the semester.

If you're a teacher, student, or parent who wants to share their story on what it's like to go back to school right now, get in touch at mhumphries@insider.com.