Lukashenko brings in the death penalty for his opponents: ‘Attempted terrorism’ will now be dealt with by execution in Belarus… after several political activists were accused of the offence

The law is expected to come into effect 10 days after its publication. 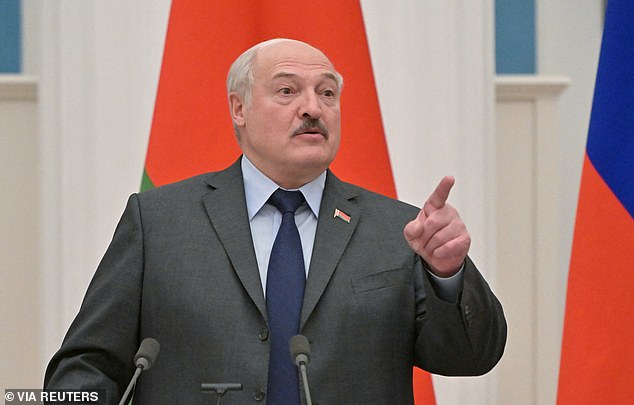 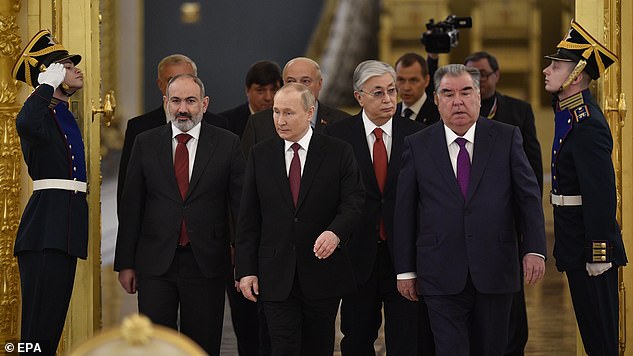 Russia used Belarus, a close ally, as a staging ground to launch its Feb. 24 invasion of Ukraine

Ex-Soviet Belarus already had the death penalty for acts of terrorism that cause loss of life, for brutal murders and multiple murders.

Belarus’ parliament backed expanding the death penalty’s use after activists tried to sabotage parts of the railway network to make it harder for Russia to deploy forces into Ukraine for its invasion.

Russia used Belarus, a close ally, as a staging ground to launch its Feb. 24 invasion of Ukraine. Minsk denies involvement in the conflict but acknowledges that its territory was used for the invasion.

It is the latest draconian crackdown on dissent in Belarus, as Lukashenko clings onto power after widely disputed 2020 presidential election – which independent moderators declared were neither ‘free, nor fair’.

Activists believe that Svetlana Tikhanovskaya – who now leads the Belarusian opposition from exile in Lithuania – was the true winner in the August 2020 polls. 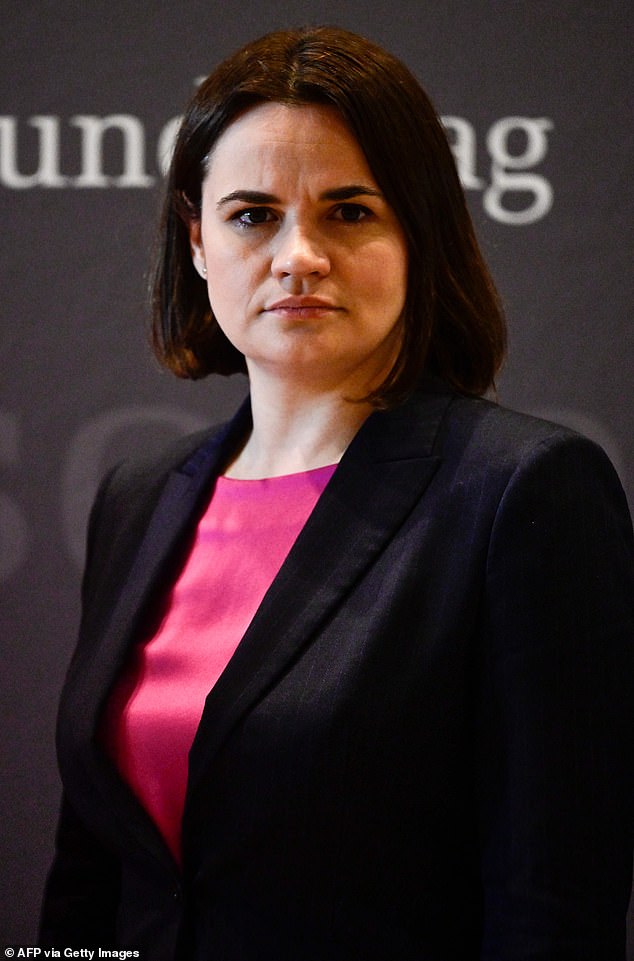 A Belarusian court in the city of Grodno on Wednesday started a closed-door hearing in the case against 12 activists accused of “preparing acts of terrorism”, according to Belarusian rights group Vyasna.

Among them is veteran activist Nikolai Avtukhovich, who has already served more than seven years in jail. The 59-year-old faces a litany of other charges, including treason.

The activists are accused of setting the home and car of a policeman on fire in October 2020 and burning the car of another policeman in November 2020, in the wake of historic protests that erupted in Belarus over the disputed re-election of strongman Lukashenko.

Belarus has been an important player in the war in Ukraine with Russian troops launching offensives into Ukrainian territory from Belarus on several occasions.

Lukashenko has been one of Vladimir Putin’s few vocal supporters during the war and has even committed troops to the offensive launched by Russia on February 24.

It is the latest brazen attempt to secure the regime which was rocked by protests after the latest election. 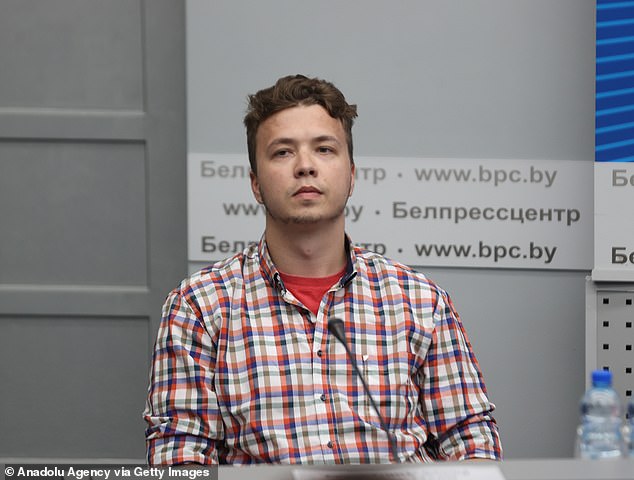 Roman Protasevich, 26, an opponent of President Lukashenko who was taken off the plane and arrested after flying over Belarusian territory

Lukashenko ordered a passenger plane full of tourists had been flying from Athens in Greece to Vilnius, the capital of Lithuania, to land when it flew over Belarus before state security officers arrested Roman Protasevich, a vocal critic of ‘Putin puppet’ Alexander Lukashenko who founded Poland-based opposition news outlet Nexta.

The airliner was forced to make an emergency landing at Minsk Airport in Belarus, where authorities arrested Protasevich, a critic of Lukashenko who founded opposition news outlet Nexta in Poland.

Aviation experts have claimed the Belarus Air Force threatened to shoot down the passenger plane to force it to divert to Minsk.